November 27, 2014
Today is Thanksgiving in the USA and, remembering that Jan and Cora Gordon had given a lecture at the Carnegie Hall in Pittsburgh on December 3rd 1927, I wondered where they had been for Thanksgiving that year and if they had made any mention of the day in their books.

The time period in question is addressed in the final chapter, "Autumn and Adieu", of "On Wandering Wheels"(1929). After a stay on a tranquil New Jersey farm they returned to New York. "The tour was over, but the "Hearse" [their 1920 Ford sedan] remained. For her age and natural infirmities she had run nobly."

At the second car cemetery they visited they were offered twenty dollars for the car and "not caring to wander more for a possible dollar or two, we surrendered the poor "Hearse" into the hands of her destroying angel. She had served us well, if sometimes a little temperamentally." 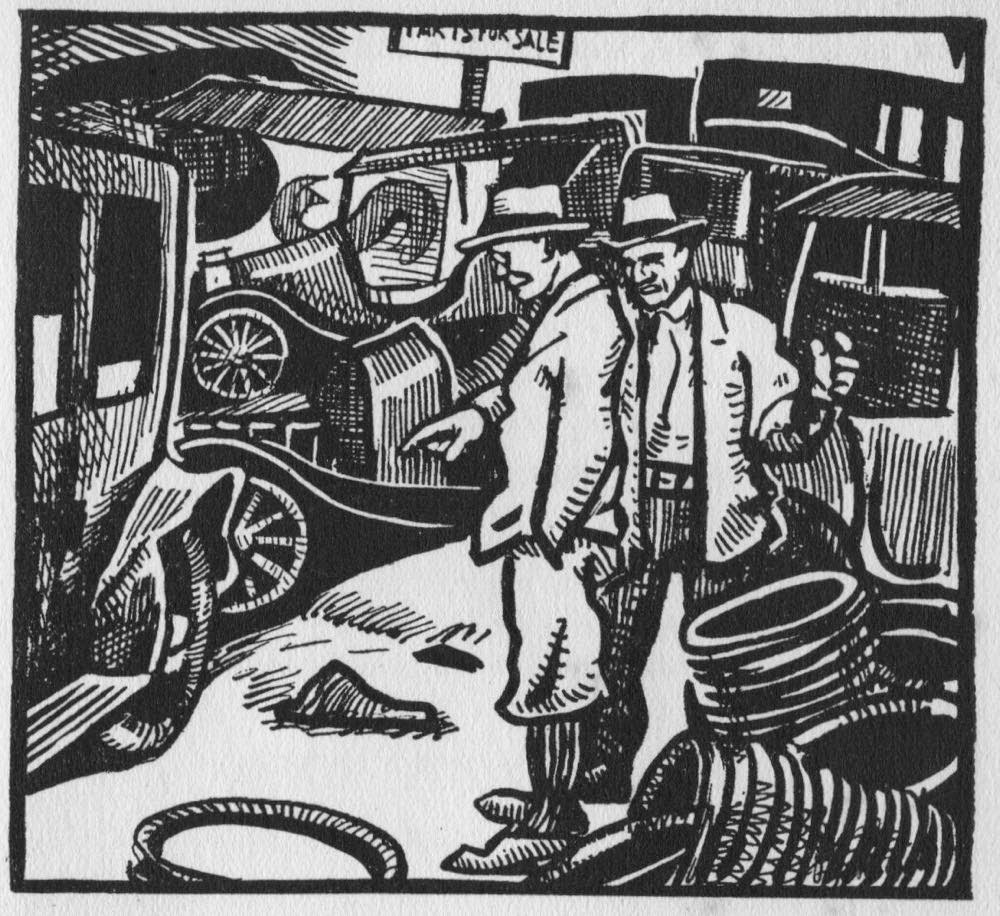 "THE LAST OF THE HEARSE"
"I can't give you a dime more than fifteen dollars," he said. "If it had fenders now, I'd have given more, but those fenders is all ripped to pieces."

The book ends plaintively with an outline of their plans to make another tour in the summer of 1928, "But the doctor stepped in", a reference to the heart attack Jan Gordon was to suffer the following March. "The strenuous days of our adventuring are over it seems, and what adventures we may contrive in the future must be of the more phlegmatic kind. So that this book is in a way also a farewell to the vagrant life. Perhaps when we stepped into the "Hearse" we had already said good-bye to all that previous kind of foot-slog and the "Hearse," too happily named, was in reality carrying us on our last long wander. Adieu to adventure!" He was only 45 years old.

In "Star-Dust in Hollywood" (1930), reflecting on the events leading up to his heart attack in Los Angeles, Jan Gordon states, "Since the time when we had decently interred the remains of the Happy Hearse in the car cemetery at Easyport [Southport, Fairfield] we had been moving across the country, making our living and railway fares by casual lecturing." The Carnegie Hall lecture was therefore made after the final sale of the "Happy Hearse" and at the beginning of the rambling journey, by train and boat, towards San Francisco where they bought another car for the drive to Los Angeles. Their 1927 Thanksgiving was probably spent in New York, but I can find no mention of it in either book.

Rereading these books brought back memories of a solo journey I made as a teenager in the summer of 1980, travelling around the States by Greyhound bus after finding a cheap stand-by flight from London to New York. One adventure involved temporary capture by a religious sect in the Pocono Mountains of Pennsylvania followed by an escape across some fields and an exhilarating continuation of the journey towards the Grand Canyon. My journey was different from that of the Gordons in many ways, but a good number of their observations resonate with my experience.