Showing posts from November, 2018
Show all

Jan and Cora Gordon through the eyes of Dr. James Berry: Serbia 2015 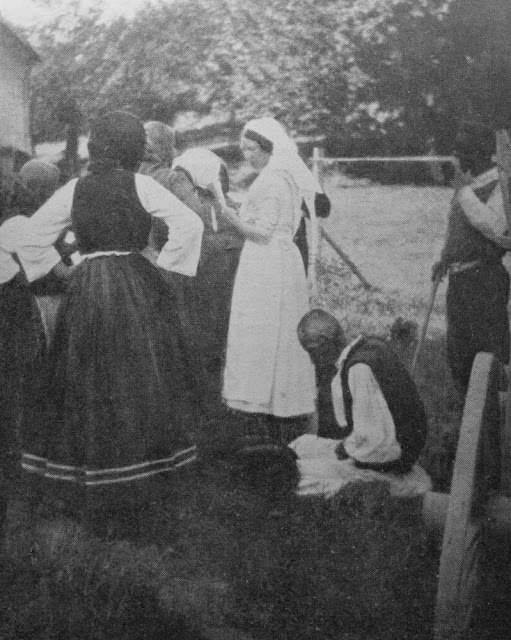 I had read accounts of Dr. James Berry during his 2015 WW1 Balkan Red Cross exploits from the perspective of Jan and Cora Gordon (" The Luck of Thirteen " 1916), but not his own accounts of Jan and Cora Gordon from the same time period. These are abundantly contained in his 1916 book  ( The Story of a Red Cross Unit in Serbia. London: J. & A. Churchill), which I only recently came across. These included mention of Jan Gordon's musical abilities: " We left Malta on a beautiful evening, and while sitting on deck watching the moonlit sea and sky, we had our first introduction to the b anjo and the inimitable songs  of Mr. Gordon (the Herr Ingenieur as he was usually called in our Serbian hospital), which during so many months were to be such an antidote to depression and influence for sociability in the Unit, as well as such an unfailing attraction to lay before our Serbian visitors. " Berry (2016, p 22) and later: " We had no piano at the Terap
Post a Comment
Read more
More posts