Showing posts from January, 2016
Show all

A Comment on Jan Gordon and Bernard Meninsky's "Mother and Child," April 16th 1920 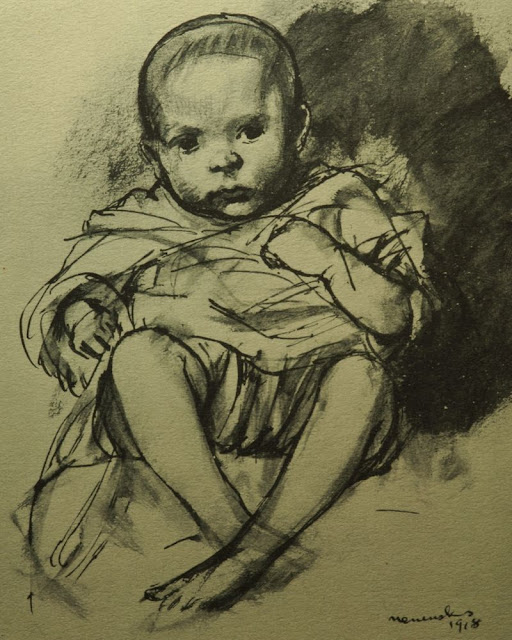 In the 16th April 1920 edition of the Athenaeum , I found the following short comments on " Mother and Child " with drawings by Bernard Meninsky and text by Jan Gordon . I have written on this book before . John Middleton Murry was editor of the Athenaeum at the time, in this its final phase (1919-1921). " MATERNITY IN ART  Mother and Child. Twenty-eight drawings by Bernard Meninsky,  with text by Jan Gordon.  (Lane. 15s. net.)  Bernard Meninsky is a young artist who attracted attention last year by his exhibition at the Goupil Gallery , which included much promising work, notably a series of drawings of a mother with her infant child. Admirers of these drawings will welcome this book of reproductions, which conveys an adequate impression of Mr. Meninsky's achievements in this field. The studies vary in technical method and in merit; but it is evident that the artist responsible for the best of them is inspired with genuine enthusiasm and is a draughtsman
Post a Comment
Read more 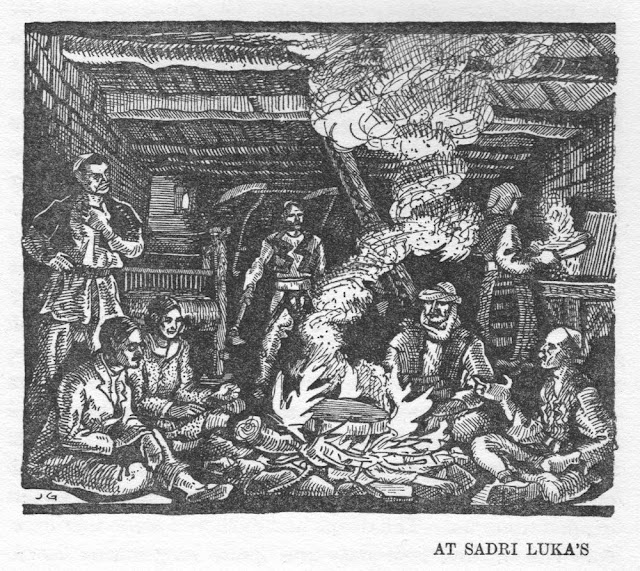 The Sunderland Daily Echo and Shipping Gazette, Tyne and Wear, England, reported the following on Saturday 8th January 1916: " Day is day in Albania, and the night is night. Sunrise is the time to commence work, and sunset the time to drop tools and eat, so in the summer, four hours only for sleep, and in the winter, fourteen, says Mr Jan Gordon in "The New Witness." Every village has its own costume, and in every village each religion is marked by its particular colours, married and single women dress differently from one another, and a maiden may, if she will, swear eternal virginity and enjoy the same privileges as a man, wear his costume, and even eat at his table instead of living upon the scraps which he has left, but - if she fell from virtue her punishment is death. " He wrote about this phenomenon of the sworn virgin in the much later (1927) book " Two Vagabonds in Albania ." In that book, the Gordons observed that at one point in the mount
Post a Comment
Read more 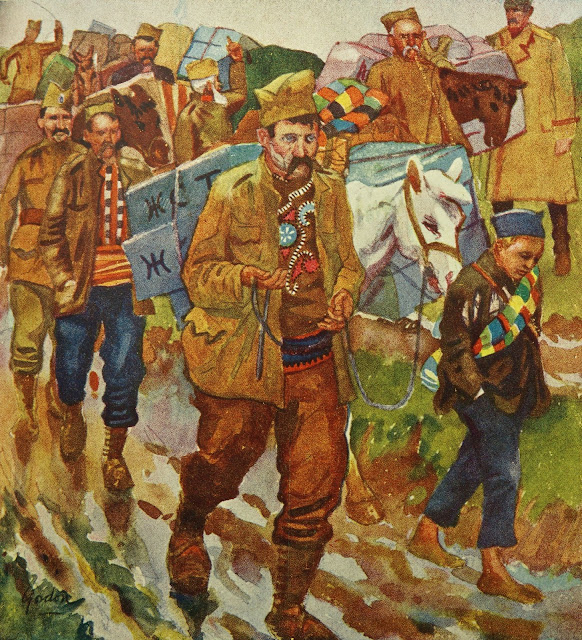 The Hull Daily Mail for Friday 14 January 1916 (100 years ago today) contains a brief note on Jan and Cora Gordon 's return from the Balkans (they had returned to London on December 6th 2015): " Mr and Mrs Jan Gordon have just returned from their adventurous journeys in the Balkans. The last of the British on the road from Karabevo [Sarajevo], they were entrusted by Sir Ralph Paget with the charge of the men of military age from the Red Cross Hospital in Serbia and contrived by finding a route hitherto unknown through the Montenegrin highlands to reach the Adriatic. Mrs Gordon herself served in the Montenegrin trenches. " Retreating ammunition train, from " The Luck of Thirteen ."
Post a Comment
Read more 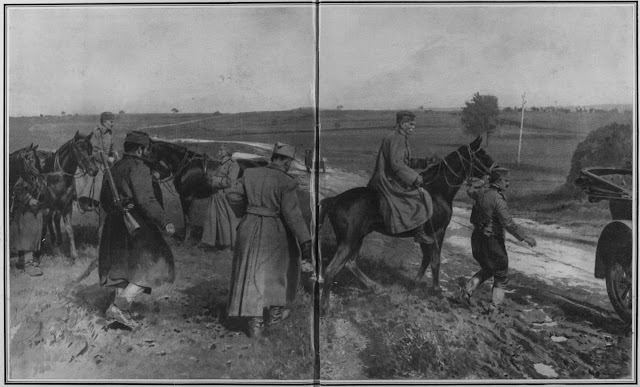 The first book by Jan and Cora Gordon was " The Luck of Thirteen ," the story of their role in John Berry 's Serbian Mission from the Royal Free Hospital and their experience during the Serbian Retreat. They had originally wanted to call the book " Wanderings and Flight in the Land of Mud ." The Gordons, in desperate need of funds,  had written the book in a hurry, completing it in a fortnight: " We divided the diary into twenty-four parts and started off writing alternate chapters, Jo correcting Jan's, Jan correcting Jo's ." " Day by day, as the material was finished, we sent it to the printers."  When they became convinced, about half way through, that their writing had improved and asked for the earlier chapters back for revision they were told, "You can't have them. They are already set up. And if you start meddling with what you have done you will only spoil it. " The story of how the book came to be published
Post a Comment
Read more 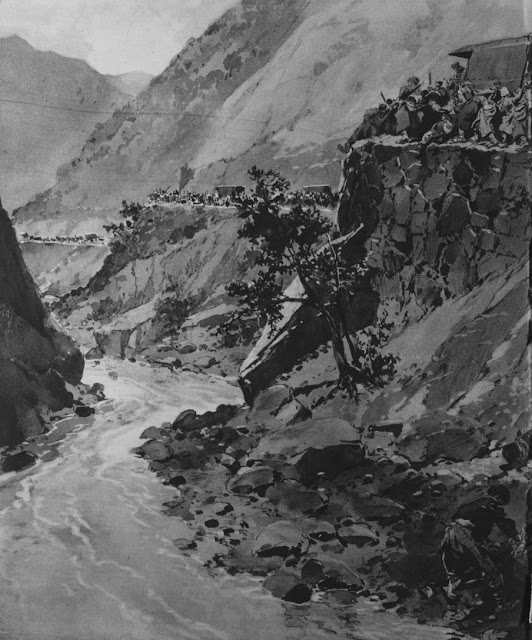 G.K. Chesterton wrote in the  Illustrated London News , January 1, 1916: " It is one of the paradoxes of the war that the Pacifists who insist on its enormity do not seem to realise how enormous it is. They call it a crime; and yet they want to cure it with a compromise. They dilate on the universality of the horror like men talking of the rent seals and falling stars of the Apocalypse, the portents of plagues and persecutions leading up to the Day of Judgment. And then they do not want it to lead up to a Day of Judgment, or even of logical human justice. They want it to lead up to a mere splitting of the difference, as if it were about the bill of a dressmaker or the nuisance of a dust-bin. " Jan Gordon , who had on that day been back in London for three weeks following the Serbian retreat , "a living snake with heads for scales" (see image below), later wrote for the Chestertons in ' The New Witness ' under the pseudonym 'John Salis.' Mrs.
Post a Comment
Read more
More posts