June 30, 2016
I just came across a warmly-written obituary of Jan Gordon from the "Liverpool Daily Post," reprinted in the Staffordshire Advertiser of Saturday 5th February 1944.

His art criticism was deeply informed, but humane and humorous. He was a musician and an excellent performer on the Spanish guitar. He could switch in talk with perfect ease from folk poetry to the latest crime novels. He himself wrote detective stories under the name of William Gore, a characteristically robust pseudonym.

He could be perfectly happy in the wilds, but when I once told him that when I was a tired stranger in a foreign city I preferred to sit and take a rest in the main railway station rather than in some park, he laughed and said: 'Yes, I like main railway stations, too.' He was what I call a civilized man - urbane, informed, broadminded, generous, gay, full of curiosity about life. His presence was an infusion of vitality to any company."

Other obituaries of Jan Gordon can be found here. 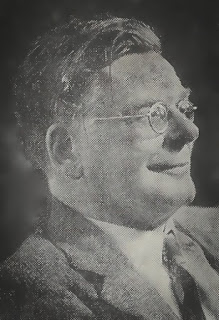