Cora Gordon was there in 1937, as noted by the Bath Chronicle and Weekly Gazette, Saturday 4th December 1937.

Cora Gordon, joint author of 'Misadventures with a Donkey in Spain,' and the 'Vagabond' series of travel books by Jan and Cora Gordon, will give an illustrated travel talk at the Pump Room, Bath, on Friday, Dec. 10th, at 5 p.m., entitled, 'Through Europe on Foot and Horseback.'

Jan and Cora Gordon went abroad to paint pictures. Having little money and a strong desire to stay as long as possible, they went to a small town in Spain. Their adventures were so unexpected and characteristic of the country that the book about these experiences, written and illustrated by themselves, 'Two Vagabonds in Spain,' was a great success. Having tasted the delights of living cheaply in one country, Jan and Cora went further afield, trying the Balkans, Lapland, Portugal, Hollywood and the Arran Isles. No matter where they went, amusing and characteristic adventures occurred, partly due to their occupation as painters and partly through their pursuit of folk music and poetry, which brought them into close contact with everyday people.

Cora Gordon's accounts of these adventures are as light-hearted as their books, and this fascinating travelogue should not be missed."

Some more accounts of public lectures by Cora Gordon can be found here: 1931, Sheffield; 1935, Hull; and 1940, London. She had also earlier given public lectures together with Jan during their tour of the USA, under the management of William B. Feakins. They observed, "Though the actual giving of lectures is quite an amusing business, containing the pleasures of dominating a crowd, of finding verbal expression for one's thoughts, of shaping, wrapping up, and decorating the subject, and a half-theatrical dramatization of effect, we never could understand the pleasure derived from the other side : the passive, paying audience." One of these lectures was at the Carnegie Hall in Pittsburgh on December 3rd 1927. The performances would typically include playing folk music on guitars and lute and my father remembered listening to the two of them playing at an informal house-concert in London. Cora was still giving lectures in 1948, such as the one in Glasgow reported here. 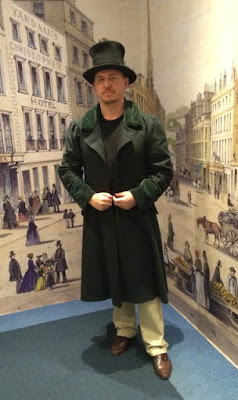 A vagabond in Bath