There is, however a plausible alternative to Cocteau as "K" in the form of Francis Carco, who also wrote for Schéhérazade and had published his "Instincts" in 1911. He much later (1953) published a book "L'Ami des peintres" (The Friend of Painters), consistent with his role in the story. Carco was awarded the Grand Prix du roman de l'Académie française in 1922, before Jan Gordon wrote the piece in Blackwood's.

Jan Gordon's statement that "K" was "the author of one slim book of verse in praise of opium dreams" could potentially provide a useful dating device. Cocteau published his first volume of poems, "La Lampe d'Aladin", age nineteen in February 1909 and his second anthology of verse, "The Frivolous Prince" (his nickname in the Bohemian artistic circles of the time), was published in May 1910. This is not consistent with the story, if Jan Gordon's recollections were accurate, since in "GRADUS AD ... MONTPARNASSUM" the events involving "K" occur some time after the marriage of Jan and Cora Gordon in 1909 and their exhibition in Belgium shortly thereafter ("The lesson of the Ghent show lasted us for a couple of years"). Carco's 1911 volume, "Instincts", fits better into the implied timeline from Jan Gordon's story. Carco also enjoyed quoting Kipling, especially "On the Road to Mandalay", for example in his "The Last Bohemia" (1928) he refers to "Kipling's soldier who even when in irons does not lament his fate, but declares bravely: I paid my price for findin' out." That noted, we should remember that Jan Gordon's piece was written some 16 to 17 years after the events described and there should be no reason to expect much accuracy in the dialogue. Other code named individuals in Jan Gordon's texts retain the correct first letter of the surname, but I would have to infer that if indeed "K" was modelled on Carco then the "K" has been used (atypically) phonetically.

There is a well known portrait of Cocteau by Frederico de Madrazo from this period (shown below). Whereas Cocteau seems not to be "K--" in this story, I think he is probably "C--" in a 2016 New Witness article - "cynical, epigrammatic ... respected by everyone for his penetrating wit, and who modestly admitted himself to be the greatest man of us all, because while we had talents and used, them, he with more talent would not be bothered." This would have been before Diaghilev's famous challenge to Cocteau: "Etonne-moi!" ("Astound me!"). 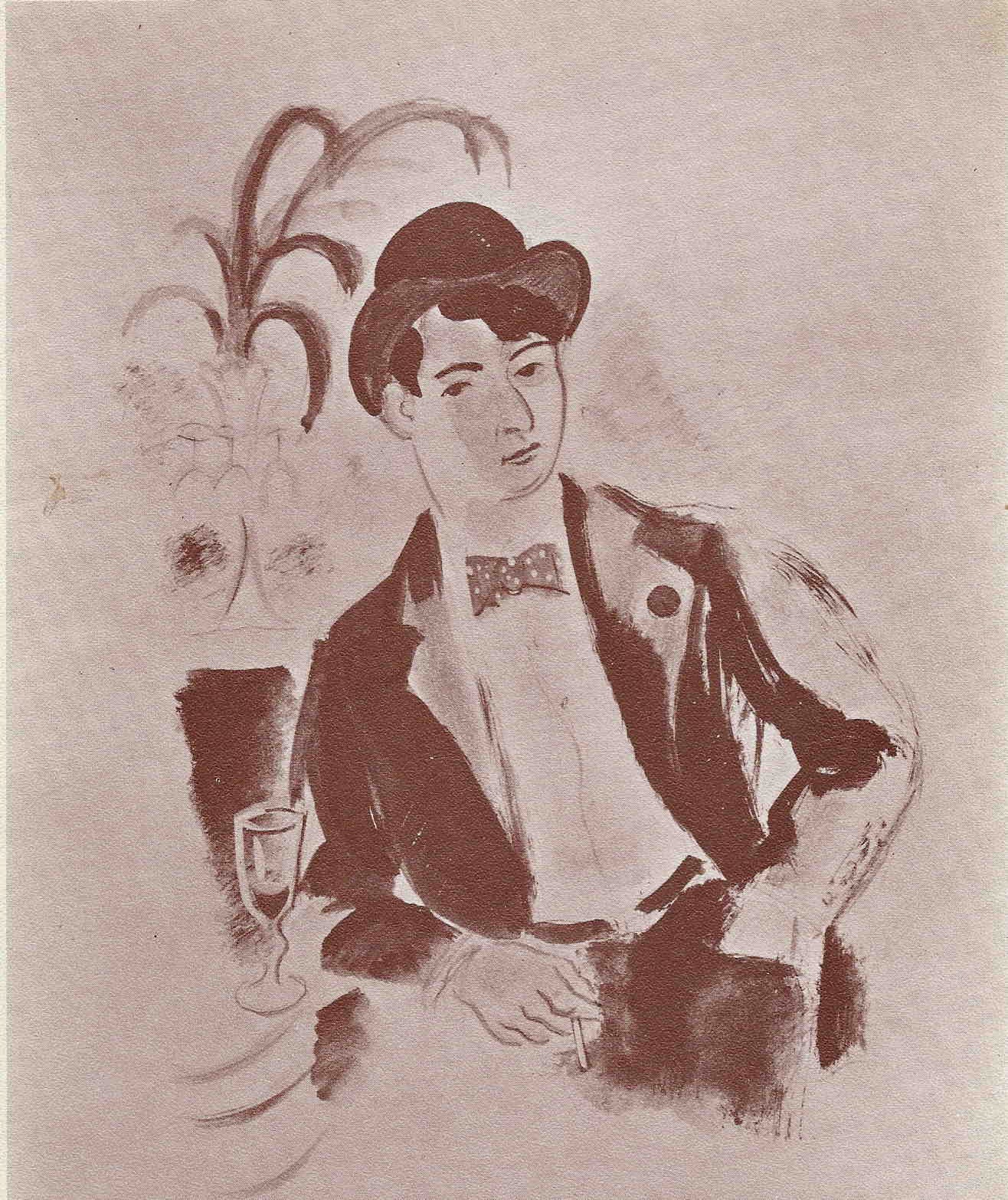