January 14, 2015
There is a delightfully tetchy review, published in 1932 by "Pierre and Pierette Pan" in "The Tablet", of "Three Lands on Three Wheels" by Jan and Cora Gordon. It reads as follows:

"A QUART of small beer takes up as much room as a quart of old Cognac. In three hundred and sixty large pages, a pair of travellers could tell us a great deal about contemporary thought in the lands they have traversed ; but what Mr. and Mrs. Gordon give their readers is mostly the humours of what they call "voyaging-on-the-cheap." Such humours are almost always much more amusing to the actors or sufferers at the time than to listeners or readers later on ; and therefore we could wish that a candid friend had been allowed to go over the MS. of Three Lands on Three Wheels with three or more blue pencils. As they stand, too many of the facetious reminiscences compel us to say, in the memorable phrase of the late Queen Victoria : "We are not amused." And some of them offend by their ungraciousness.
When Jan and Cora Gordon take themselves and the public more seriously, they reveal good intelligence and considerable knowledge. For example, their French itinerary led them to Les Ezies, which they call "the Metropolis of Pre-History." In telling us about the wonders of Combarelles, Font-de-Gaume and the other cave-galleries of palaeolithic art, they are able to recall their visit to Altamira, in Spain, and to give us a first-hand description, ten pages long, of Altamira's marvels. We suspect, however, that their archaeological enthusiasm has its limitations. Primitive wall-paintings or roof-paintings appeal to them more than primitive architecture. The pages they devote to the antiquities of the Aran Islands are amateurish.
To enliven their few chapters on England, Mr. and Mrs. Gordon introduce an imaginary Frenchman, M. Durand, who cries out " Tiens! " in the approved style. With Durand playing up to them, like a ventriloquist's puppet, they are able to make some useful observations on England as a tourist-country; indeed, we wish that some of their remarks could be forced under the eyes of every hotel-keeper in the land. Many clever little pen-drawings are scattered through Three Lands on Three Wheels and there is a coloured frontispiece of considerable merit. It is time, however, for this couple of authors to grow up." 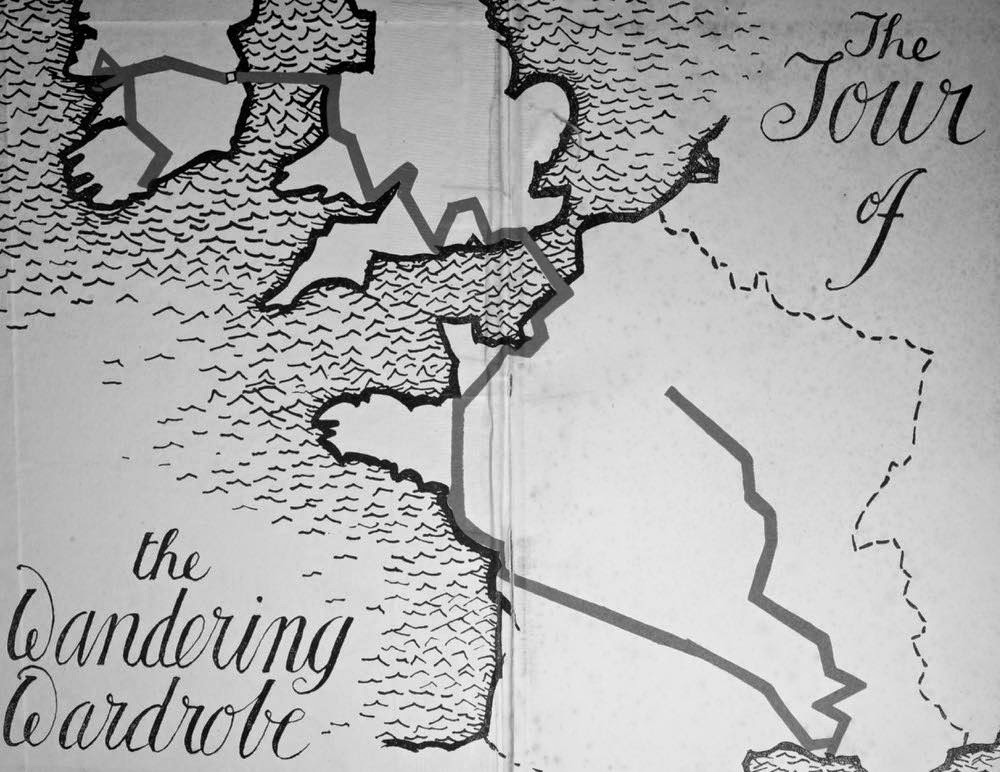 "The Tour of the Wandering Wardrobe"