January 17, 2015
On September 14th 2014, I wrote about the identities of characters depicted in Jan Gordon's "GRADUS AD ... MONTPARNASSUM" (Blackwood's, March 1929, under his "Salis" pseudonym) and identified Francis Carco as a plausible candidate for the literary character "K" (though actually Gordon mixed the attributes of Carco and Salmon in the character "K"). "K" chose Jan and Cora Gordon to exhibit their work at the art gallery of a fashionable photographer, referred to in the text as "M". I finished that post with "Now who was M?"

In a copy of "La Rue" by Francis Carco (1930) I found a portrait of Carco after a photo by Henri Manuel (1874-1947) and therefore considered Manuel as a candidate for "M". Carco and Manuel certainly knew each other, for example Carco wrote a report on "prison-hôpital spécialisée dans les maladies vénériennes" illustrated with photographs by Henri Manuel. Henri Manuel opened a Paris gallery in 1900 with his brother Gaston. They specialised in portrait photography and Henri Manuel "became renowned as a photographer of people from the worlds of politics, art and sports". 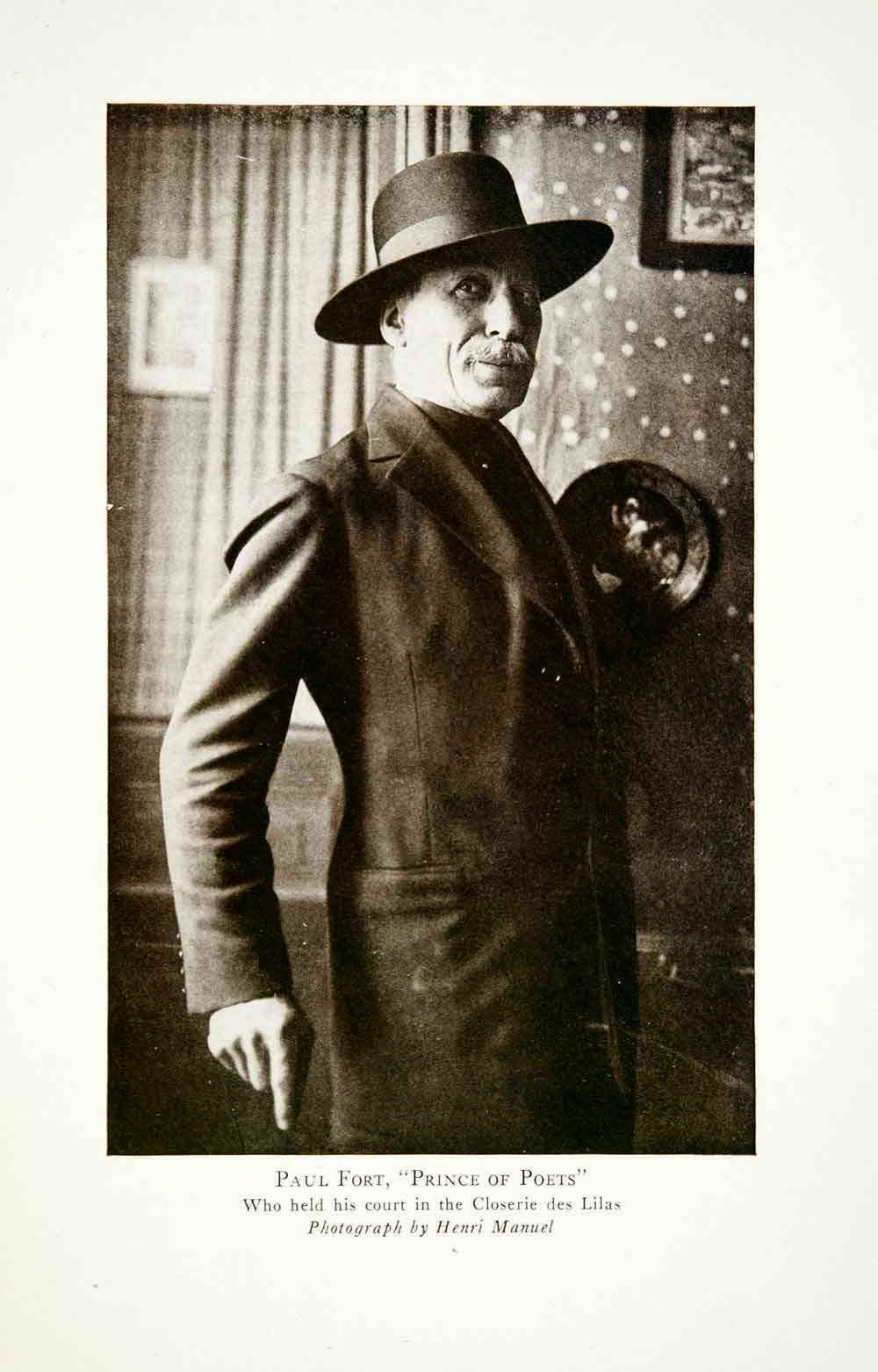 A fine photograph of Paul Fort by Henri Manuel


In Jan Gordon's piece, he writes, "The owner of the gallery, M---, was not a conventional art dealer : he was a fashionable photographer, who had the ingenious idea of transforming his huge waiting-rooms into a gallery of painting, thus not only befriending painters, but amusing patrons. At least he assured a continual flux of visitors, which is more than many galleries assure."

Highly consistent with M-- as Henri Manuel is Jan Gordon's account that "Sometimes ... he launched his shows with a gala, at which were present members of the Ministry, of the Chambre des Députés, of the Stock Exchange, and of the Stage, for he took the photographs even of minor celebrities free."

When the ministry fell on the opening night of Jan and Cora's show (this was probably either the January 11th 1912 collapse of the Caillaux government or the later December 1913 overthrow), there "loomed M--- ploughing deep lanes through his immense black beard with his fingers."

Gaston et Lucien Manuel Frères also later made photographs of Francis Carco, but their studio was only established in 1913.

M-- as Henri Manuel seems a very probable solution and can be added to the many other of Jan Gordon's code-named characters now deciphered.