"Raymonde Carpenter" (Cora Josephine Turner) was not impressed with his work (or perhaps this was Jan Gordon's view as author of the book). "I thought he lacked manners, style - no, poor Ruddy was vulgar. An artist must not be vulgar, not in England. (In parenthesis, Ruddy has succeeded in spite of my opposite conviction. Empty-headed himself but executive, he married a woman with a bright brain, she gave him the ideas, he worked them out, and with her help he has climbed to a very respectable income as a poster-artist.)"

Who was this Ruddy Gore? In this case, I guessed that if the real surname was Gore, then Jan Gordon would be tempted to give him the fake forename of "Ruddy." There is indeed an artist called Gore who fits the character in the book in many respects: Spencer Frederick Gore (1878-1914).  He was known for landscapes, music-hall scenes and interiors. He became a member of the New English Art Club in 1909, and in 1910 contributed an article to The Art News on "The Third London Salon of the Allied Artists Association". He studied at the Slade School of Fine Art from 1896 to 1899 and Augustus John was one of his contemporaries. An enjoyable biography can be found here.

Perhaps though, the real Spencer Gore was too successful to be "Ruddy Gore", since he is said to have exhibited regularly at the Paris Société des Artistes Indépendants from 1906 until 1910. In 1908, however, he did fail to exhibit at either the Salon des Beaux-Arts or the Salon des Artistes Français, which would be consistent with the account in "A Girl in the Art Class." 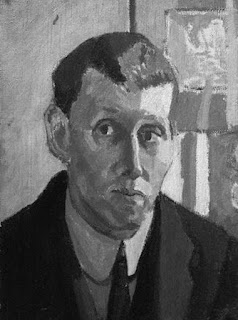