November 26, 2016
Walking around the national museum in Kuala Lumpur today, I came across a section on tin mining, including some photographs dating to 1906. This was the time when Jan Gordon was working here, during his failed attempt to launch a career in mining engineering.

I wrote (January 2014) on Jan Gordon's 1923 story in Blackwood's Magazine remembering this time ("An experiment in adventure"). Gordon was a keen engineer, but found that his job at the tin mines involved little mining engineering, but instead seemingly endless hours watching over the Chinese workers, who did not respect his leadership style. He also found himself living in an environment degraded by deforestation and opencast mining, having romantically imagined a lush forest bursting with exotic wildlife. ".. during his whole eighteen months on the mine he saw one snake, and that wasn't poisonous. The only wild beasts he ever heard were the pariah dogs of the village - howling at the moon."

The photographs on display at the museum confirm Jan Gordon's gloomy word picture. 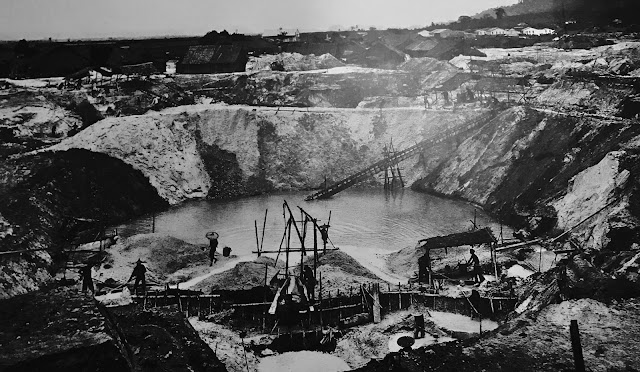 After an unsuccessful stint with a road building company, he joined another tin mine, but this job ended in tragedy when a slope collapse resulted in the death of one of the workers. Dismayed, he decided to return to England to pursue a career in art. ""Isn't it better to fail at something I like than at something which is uncongenial and unsuitable?" he told himself. "I will go home and become an artist. I am only twenty-five : surely it isn't too late.""

The Kuala Lumpur museum had some interesting tin figurines on display, with the explanation that "Traditionally the first tin from a new mine was casted, supervised by local magicians, or Padang, into a pair of shell-black ingots inscribed with a mantra on their rounded surfaces. Through the passage of time, these ingots evolved into the shape of a tortoise and gradually other animals and insects such as cockerels, elephants and grasshoppers." 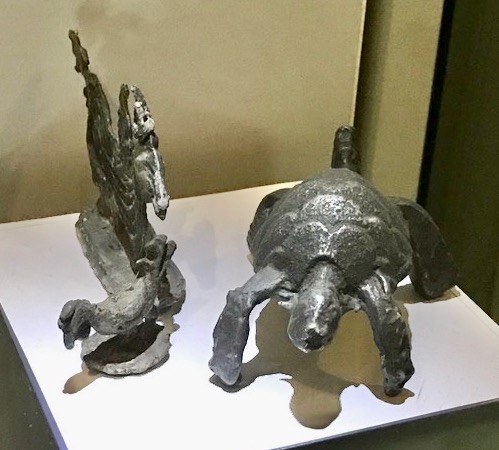 Tin animal figurines in the form of a tortoise, a cockerel and a horse. National Museum, Kuala Lumpur.