She was American-born, but lived most of her life in Paris. She had published "Ulysses" there in 1922. Her Paris bookstore was called "Shakespeare and Company."

The issue being protested was the planned piracy of Joyce's work in a magazine edited by Samuel Roth. She wrote:
"It is a matter of common knowledge that the ULYSSES of Mr. James Joyce is being republished in the United States, in a magazine edited by Samuel Roth, and that this republication is being made without authorization by Mr. Joyce; without payment to Mr. Joyce and with alterations which seriously corrupt the text. This appropriation and mutilation of Mr. Joyce's property is made under colour of legal protection in that the ULYSSES which is published in France and which has been excluded from the mails in the United States is not protected by copyright in the United States."

Beach collected an impressive array of more than 160 signatures to her letter, including those of both Cora and Jan Gordon. Just a few of the other notables who signed were E.M. Forster, Ernest Hemingway, Albert Einstein, T.S. Eliot and Wyndham Lewis.

The letter concluded with: "The undersigned protest against Mr. Roth's conduct in republishing ULYSSES and appeal to the American Public in the name of that security of works of the intellect and the imagination without which art cannot live, to oppose Mr. Roth's enterprise [with] the full power of honorable and fair opinion." 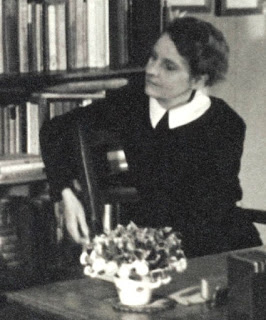 Jan and Cora Gordon had a wide network of artistic acquaintances in Paris between the wars. One of these, Myron Nutting (a friend of James Joyce), wrote affectionately about the Gordons, who he last saw later in 1927 as they were planning their USA journey. Screenwriter Charles Bennett had also reminisced about the Gordons in Paris at around this time, mentioning some of the cast of characters in their circle of friends: "Through Jan and Cora Gordon I saw the Latin Quarter as it really was. I dined at tiny, superb, but cheap restaurants; the Rotonde and the Dome became my local pubs. I met Picasso and Utrillo and Diego Rivera, and dozens of others."