The Northern Whig, Saturday 23 July 1932, carried a review of Jan and Cora Gordon's "Three Lands on Three Wheels," focusing on the account of their visit to the Aran Islands of County Galway. Here it is:

Jan and Cora Gordon have travelled in many countries, and the chronicles of their wanderings invariably make good reading. "Three Lands on Three Wheels" is the entertaining record of a pilgrimage on a motor cycle and side car combination through parts of France, England, and Ireland. The Gordons are observant tourists; "chiels who take notes" of many quaint incidents, which people less vigilant and interested in the world about them would pass by unnoticed. Jan, the narrator of their journeyings, has an engaging sense of humour and a very tolerant outlook on humanity. Here we have no hint of the "superior person" attitude which fully accounts for the un-popularity of a certain type of Briton when he visits other countries and thanks Providence that he is not as their inhabitants are. Some travel volumes are largely made of condensed guide book. Such compilations and this entertaining narrative provide eloquent examples of the wrong and the right way in this order of literature.

Our pilgrims were clearly very happy when traversing the highways of France; they were at home with the people, the food was to their taste, the accommodation met their requirements. Even incidents which less adaptable individuals would have considered untoward are viewed in a humorous light.

When the Gordons came to England they were in imagination, companioned by a Frenchman, M. Durand, who passed many comments on the mysterious manners and custom of the English. "I cannot understand you at all,” M. Durand is made say, after his friends had vainly tried to make clear to him the mystery of the "Labour” orator who was trying "to sow the seeds of class hatred with an Oxford accent." We cannot understand ourselves either,” was the ideally appropriate reply. It is to be regretted that M. Durand did not come to Ireland, where he would surely have found as many enigmas as in England. 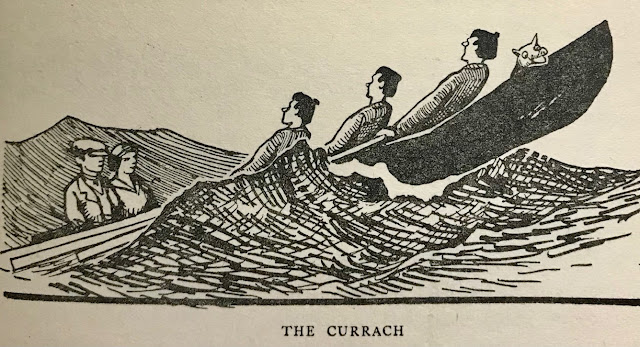 The currach to shore, Three Lands on Three Wheels

The Gordons were "glad to see the last of Dublin," not through any special dislike of the city, but they cannot enjoy themselves in towns. They made for Galway, which place and the road to it were more to their taste. From Galway they crossed to the Aran islands. In the boat "Jan" got into conversation with a cattle-drover, who could make nothing of his statement that he was an "artist,” but put the unexpected question him, "Do you use cusswords, Mr. Man?" The people of Aran, it seems, use no "cusswords." Mr. Gordon suggests that "some saintly tradition persists." Few of the islanders are supposed to speak English, but the wanderers’ host at Innishmore said, when asked a question on the subject, "No English, is it then? You only try to cheat one of these men of a shilling at Galway market and see how much English he will discover to you!" This estimate was confirmed by an electrician who was superintending the erection of a wireless station at Innishmaan. "These folks," he said, "may be pretty near saints as we find them nowadays, but they aren’t fools. They’re every bit as clever the Connemara folk, and twenty times as honest." The simplicity, honesty, and poverty of the people inspired conflicting reflections. "There's no denying that so much intrepidity, so much innocence, so much decent pride, and so much graciousness of manner do make Aran a place unique in quality. Is it absurd to rejoice at finding a spot where men and women seem almost untinted bv the normal vices of the world, where, left to themselves, without law courts, judges, gaols, they do not wish to take advantage of their judges in consequence? Yet one must also ask —Is it really imperative that men should compelled to live there aloof from their fellows and poor as church rats to remain virtuous?"

In the Aran Isles and on the mainland Mr. and Mrs. Gordon were everywhere treated with courtesy, and do not seem have encountered marked anti-English feeling. But in Cork Mr. Gordon did meet a "loafer," who gravely assured him that "Lloyd George" still ruled Cork, and that the "Welsh Wizard" was actually present at Mr. Cosgrave’s side when the then President of the Executive Council cut the first turf of the Irish fair ground!

The book has many attractive illustrations by the authors." 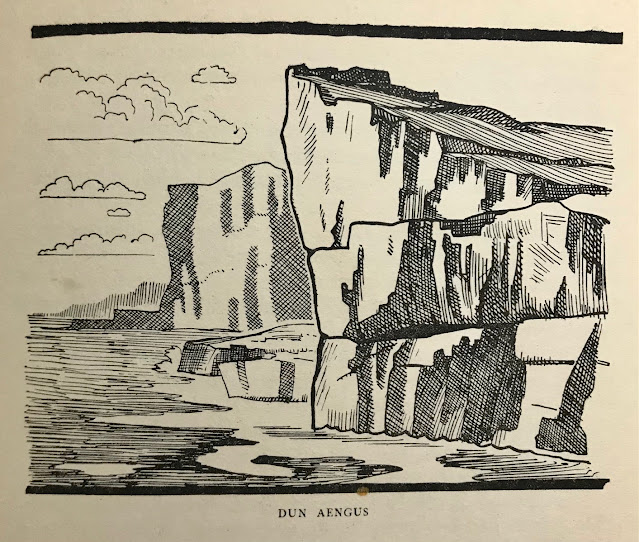 The Gordons were not the only travellers to be entranced by the Aran Islands. Robert Cushman Murphy wrote "The Timeless Arans" (National Geographic Magazine, June 1931), noting that the islands, "seem not of this age, for the workaday world lies beyond the horizon of time as well as that of space . . . In the bare sanctuary of these islands, the soul of ancient Ireland now has its ephemeral resting place."

Michael Muldoon has written an excellent account of the artists and writers who visited the Aran Islands in 1931, including Jan and Cora Gordon, who stayed at McDonagh’s Guest House in Cill Muirbhigh. His wonderfully evocative article on the visit of the Gordons can be found here. 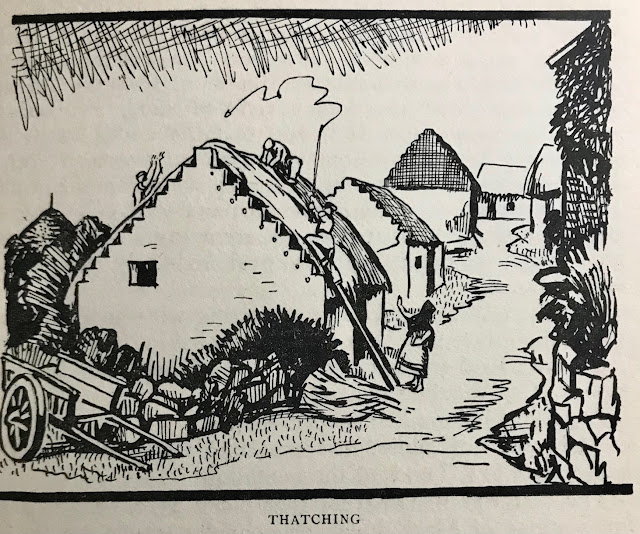