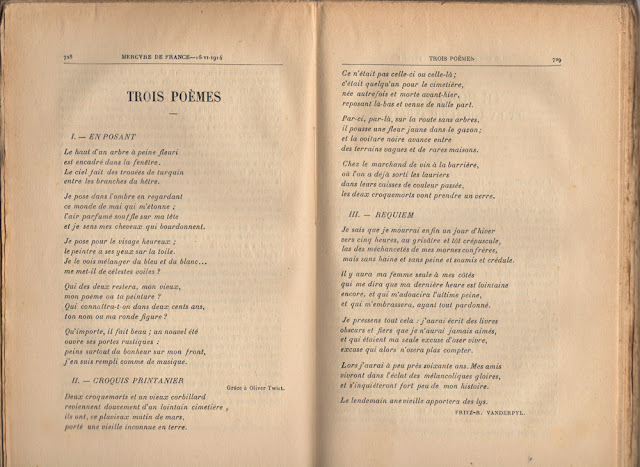 A hundred years have now passed since the poem was published. Who was better remembered, painter or poet? We don't know who the painter in the poem was, but many of the painters from this Montparnasse community achieved great fame. Vanderpyl is still remembered, but perhaps mainly for his antisemitism. My grandparents, who met him in Paris in 1923, didn't like him at all.