The exhibition was held at the Lefevre Gallery in January 1943. Jan Gordon wrote the preface to the catalogue. 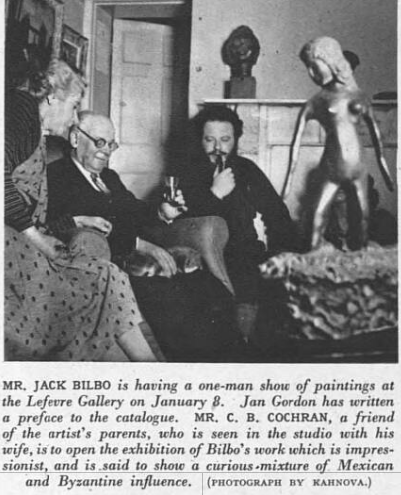 Jan and Cora Gordon had also exhibited at the Lefevre, for example in 1934 and from March-April 1937. Details of their other exhibitions can be found here.

Following Jan Gordon's death in 1944, Jack Bilbo wrote a tribute to Jan Gordon in the October 1944 issue of The Studio magazine, commenting, “I remember when he and Cora used to sit in my den on Saturday afternoons when the gallery was closed, when we exchanged travel experiences from Spain and Yugoslavia, from Mexico and Scandinavia, or talked about artists and paintings, how the four walls of my little room seemed to move away into far distances.”