September 21, 2015
In “The Gentle Art of Tramping” (1927), Stephen Graham writes that in Spain “One is almost bound to be called upon to explain oneself to the police, and to find oneself described officially as a vagrant. Jan and Cora Gordon, two delightful vagabonds, got over the difficulty by carrying guitars, and they were understood to be itinerant musicians. In the end, because they played so well, they won over the affections of many somber Spaniards."

I have never been a real itinerant musician, but have often found that playing a musical instrument in public is a wonderful social connector no matter which country you find yourself in. I remember jazz duels and duets with Rick Centeno (a very fine vibraphone player) in Gabon (we had a lot of fun with Señor Mouse) and both classical and jazz piano in Oman. I ran the music societies in both these countries. I never got up on stage with a guitar (here's my Cuenca and the battered old Juan Salvador), but often played it in more informal settings. 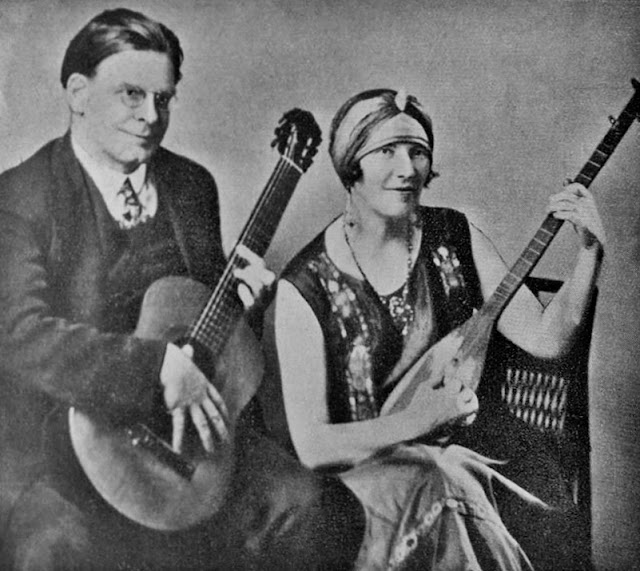