December 03, 2016
Dr. James Taylor has just published (2016) a fine new book on the development of dazzle ship painting during WW1: "Dazzle: Disguise and Disruption in War and Art." Taylor points out that, "in the course of the First World War, a collision of naval strategy and the nascent modern art movement, led to some two thousand British ships going to sea as the largest painted modernist “canvases” in the world covered in abstract, clashing, decorative, and geometric designs in a myriad of colors."

I had long been interested in the role played by Jan Gordon, who was part of the Norman Wilkinson team (see this gallery), in the development of these designs. In a wonderful dedication to his colleague in the design team of that time, Steven Spurrier, Gordon wrote:

The dedication is found in a copy of Gordon's "Modern French Painters."

Jan Gordon was well prepared to play a major role in the Dazzle painting of ships, having been present in the European art communities where the new modern art ideas had been brewing for the seven years or so before the outbreak of war. In pre-WWI Munich, Jan Gordon, with wife Cora Josephine, had put on a mock "Salon des Independants" for their colleagues at the Pension Fürmann where they stayed. "They took two days to paint nineteen 'big and ridiculous pseudo modern pictures, painted with our tongues in our cheeks - fauves, cubist and futurist and any other 'isms that we had seen but had not yet understood.' An English lady who attended the show, unaware that the Gordons were the culprits, begged them "as decent English people to make a firm stand against such atrocities." So, Jan Gordon was very familiar with the current styles and could impersonate them, if only for fun.

Gordon later wrote on modern art in the Preston Harrison catalogue, the famous "Modern French Painters" mentioned above and his gently fictionalized account of pre-WWI artistic life in Paris, "A Girl in the Art Class." In this latter book, the heroine's gradual acceptance of the modern ideas is documented, with a special focus on Matisse.

In the aftermath of WWI, P.G. Konody, Jan Gordon's mentor at "The Observer", reported on Jan Gordon's 1919 "War and Peace" exhibition of water-colours at the Little Art Rooms, next door to the Adelphi Gallery. "He, too, has been attracted by the witchery of the "Dazzleship" which seems to draw every painter - every painter, at least, who has as pronounced a feeling for definite form, effective pattern, and emphatic colour as Lieut. Gordon." 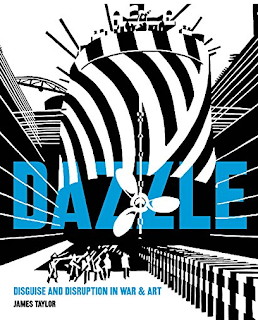