A year ago, I wrote on Cora Josephine Turner and the Slade School of Art. Cora Turner studied at the Slade between 1902 and 1906 before her move to Paris.

UCL has presented this wonderful photograph from that time period, taken on June 23rd 1905. This was the day of the annual Slade Strawberry Picnic.

The building in the background is the North Wing of the UCL quadrangle, dating back to the 1870s, initially occupied by the Chemistry department. It is said to be the building in which the largest number of chemical elements were discovered. 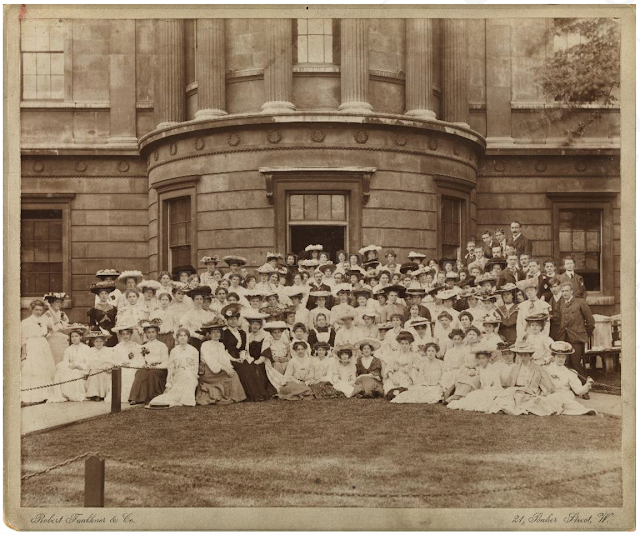 The Slade Strawberry Picnic on 23 June 1905, image courtesy of the UCL archive team. Cora Josephine is in the group.

In "A Girl in the Art Class," the character Raymonde (representing Cora Josephine Turner) comments that,"My three years at Lyceum Hall and at Edals were happy ones because I never stopped to think."

A selection of Cora Josephine's subsequent art works can be seen here.