Jan and Cora Gordon: The Dwarfs of Almeria

April 20, 2014
One of the Jan Gordon pictures on my wall shows an intriguing group of three short gentlemen surrounding a lady on a donkey. 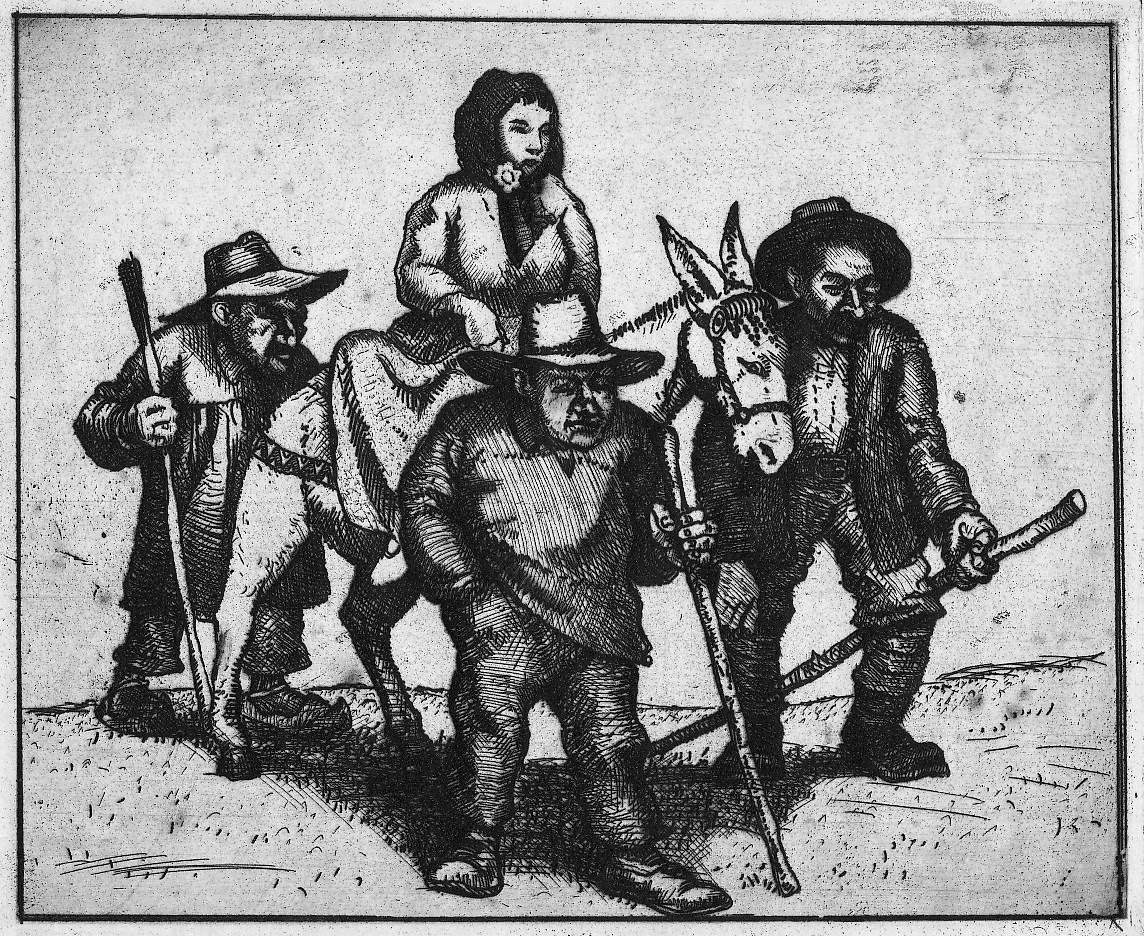 
On the second of the two Spanish journeys made by Jan and Cora Gordon the Gordons were making their way from Almeria towards the Sierra Nevada and Granada when they came across "a rapid torrent, pouring across the road."After being warned about the danger of attempting a crossing they settled down to wait for the flood to diminish, "but time went by heavily."

"When we got up to experiment with the flood, we perceived on the far side of the road a family of boys surrounding a girl mounted on a donkey ......... The boys entered the torrent at a point .... They came towards us."

"As they approached we perceived that these were no boys, but three very thick-set and powerful, grotesque-looking dwarfs. We asked these strange people if it would be possible to cross with the donkey and cart where they had crossed. "If we show you the way," said one of the dwarfs."
".. with a heave, splashing, urging, lifting, hallooing, through the torrent we went."

"With a wave of farewell they set out again on their road; and as they went the three strange little men grouped about the girl perching on the donkey could well have illustrated some incident reshaped from Grimm's old fairy tales."

Working on the geology in this area over the past decade or so, I have seen the water levels in the arroyos rise extremely quickly and attempting to cross is not to be recommended. I have never come across a group such as the one in the picture, but even today there is no shortage of vivid personalities in the area.