March 11, 2014
Amongst the many journeys of Jan and Cora Gordon was one that crossed the USA. I found this entertaining small article, dating from that trip, in the Pittsburgh Post Gazette for December 4th, 1927. "Shocks in Modern Art Used Up, Painter Says": 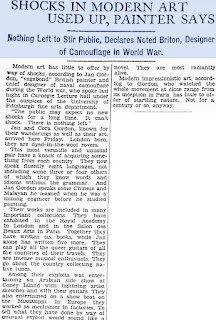 "Modern impressionistic art, according to Gordon, who watched the whole movement at close range in Paris, has little to offer of startling nature. Not for a century or so, anyway." I somehow think that there may have been quite a number of shocked reactions to some of the art made during the 85 years that followed these words.

Jan Gordon published a book on "Modern French Painters" in 1923. He had tried out the text on my grandparents as the book was being written and dedicated the volume to them. 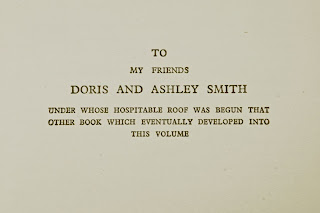 The "hospitable roof" mentioned in the dedication was "Mesylls", painted here by Jan Gordon over Christmas in 1918. 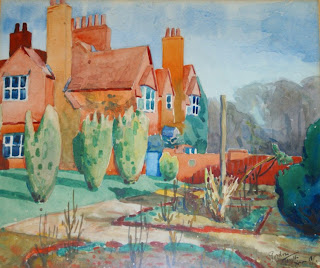 The journey during which the Pittsburgh article was written is described in "On Wandering Wheels", published in 1929.