March 28, 2014
I have strong connections to the story of artists Jan and Cora Gordon. Cora Gordon was gone long before I was born, but three people I knew appear in artworks created by both Cora and Jan Gordon.

Two of the three I knew only briefly, these being my grandfather, Ashley Smith, and my Aunt Pamela. The third, my father I had the pleasure of knowing for forty years.

Ashley with his wife Doris (a journalist and author) had been a good friend to Jan and Cora since WW1 days. Their friendship seemed to have faded in the 1930s, with no more mentions of the Gordons in Ashley's diaries after 1932 and no mentions in Ashley's later writings. Here is a painting by Jan Gordon of Ashley Smith: 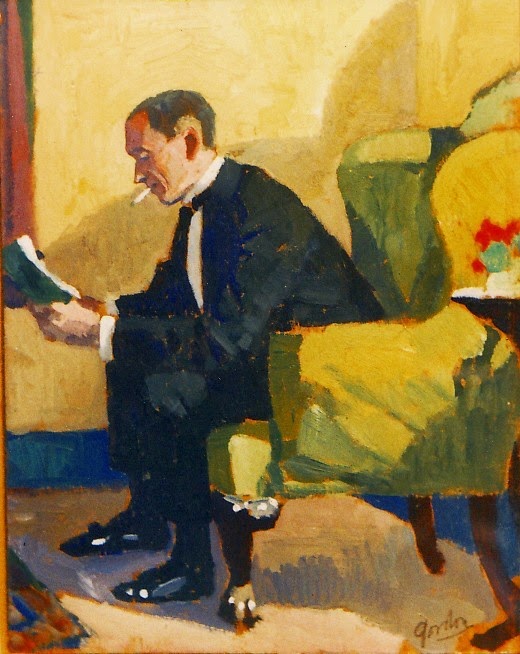 Ashley Smith by Jan Gordon. I still have this chair. It is currently upholstered in red.

Pamela, Ashley's lively daughter, features in several drawings by Cora Gordon, one set of which was published in "The Studio". Here she is: 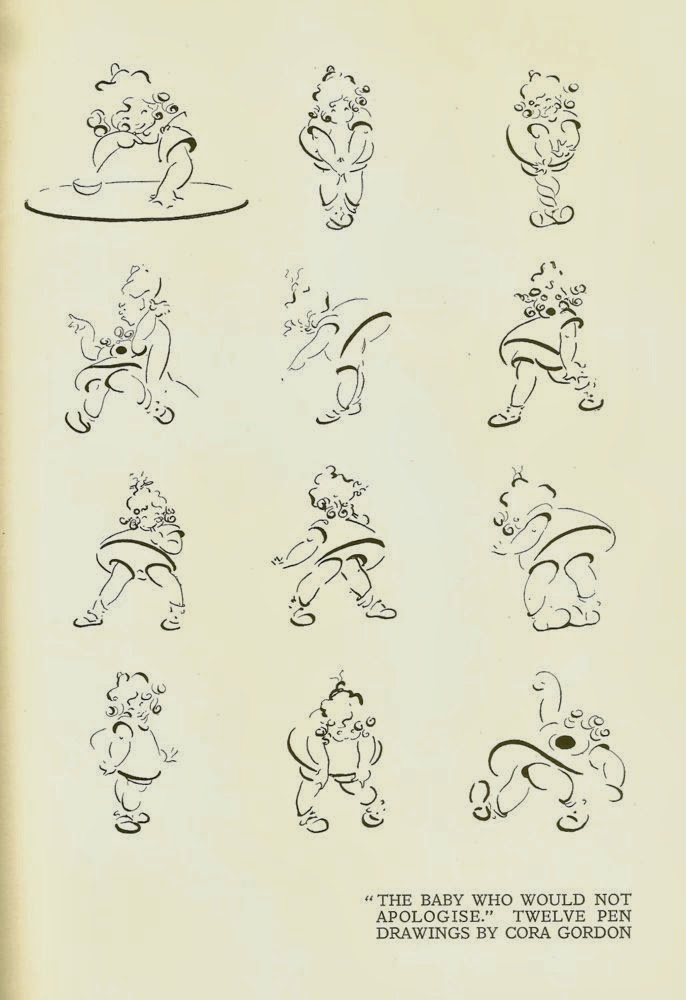 Pamela Smith as "THE BABY WHO WOULD NOT APOLOGISE." A disgruntled Doris makes an appearance here too.

Ashley's son W.D.A. Smith, later known as Denis (a future president of the Royal Society of Medicine, Anaesthetics), was Jan Gordon's Godson and he also appears in several drawings by Cora Gordon. Here is one of them: 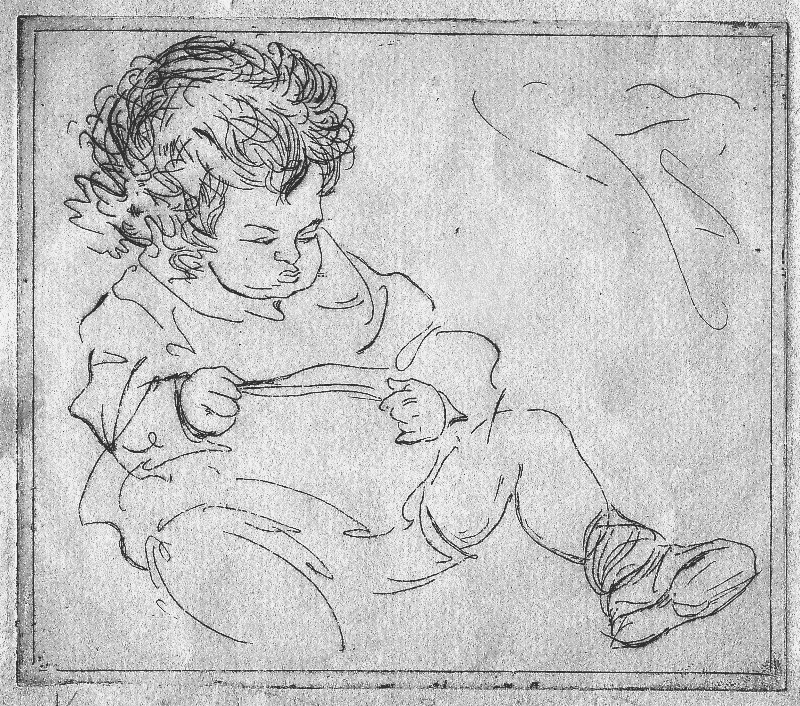 W.D.A. Smith remembered listening to a guitar concert by the Gordons at the residence of Doris and Ashley on March 1931 from the other side of a door: “Self, then aged twelve and a half years old, watched the back views of arriving guests. I think that was the only time I heard the Gordons at their guitars – from the other side of the door – I regret not having heard more.”

Personally, I find these rich webs of connections highly satisfying.