March 27, 2014
When Jan Gordon, one half of the talented artistic double act of Jan and Cora Gordon, died in 1944, Cora ("Jo") took over his duties in writing the "London Commentary" section of the Studio Magazine.

I'm looking at her contribution to the April 1949 issue, written the year before she died and five years after the death of her husband.

She begins by contrasting the 1948 shows with those given before the war, praising "a sequence of well-planned collections" presented in the "galleries of the state". She continues with a review of exhibitions in both state and private galleries, illustrating works by Barbara Hepworth, Henri Gaudier-Brzeska, Helen Holderness, Edwin Le Bas and Paul Vezelay. 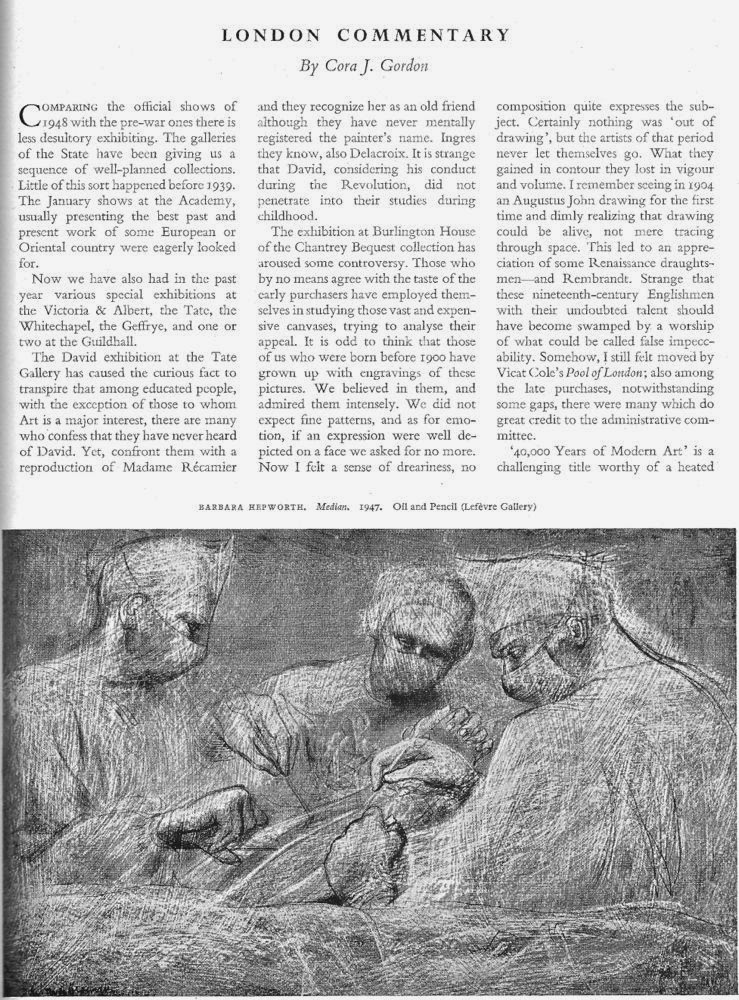 Oil and pencil by Barbara Hepworth, 1947.

Cora herself was a versatile  artist, well known for spontaneous pen sketches and beautifully composed paintings, some of which were used by her husband to illustrate articles in the art magazine "Colour".

In the pages after Cora Gordon's London Commentary is an advertisement for the autobiography of Jack Bilbo that made me smile. "Beautifully produced, relating adventures with tramp steamers, police, circuses, pictures and women." It was Jack Bilbo who wrote Jan Gordon's obituary in a 1944 issue of The Studio.