March 11, 2014
Artists Jan and Cora Gordon were friends of my grandparents during WW1 and would visit them for summer holidays at their cottage in Itchenor.

The Gordons also visited their house, Mesylls, near Chiddingfold, Surrey (the Smiths moved here in the first half of 1918) and made drawings and paintings of the two children of Doris and Ashley Smith. According to the dedication in Jan Gordon's book "Modern French Painters" it was under this "hospitable roof" that the manuscript was begun.

A selection of twelve pen sketches (a favourite medium of Cora Gordon) of a mischievous Pamela Smith (my aunt) were reproduced in the Studio Magazine, September 1919, with the caption "THE BABY WHO WOULD NOT APOLOGISE." 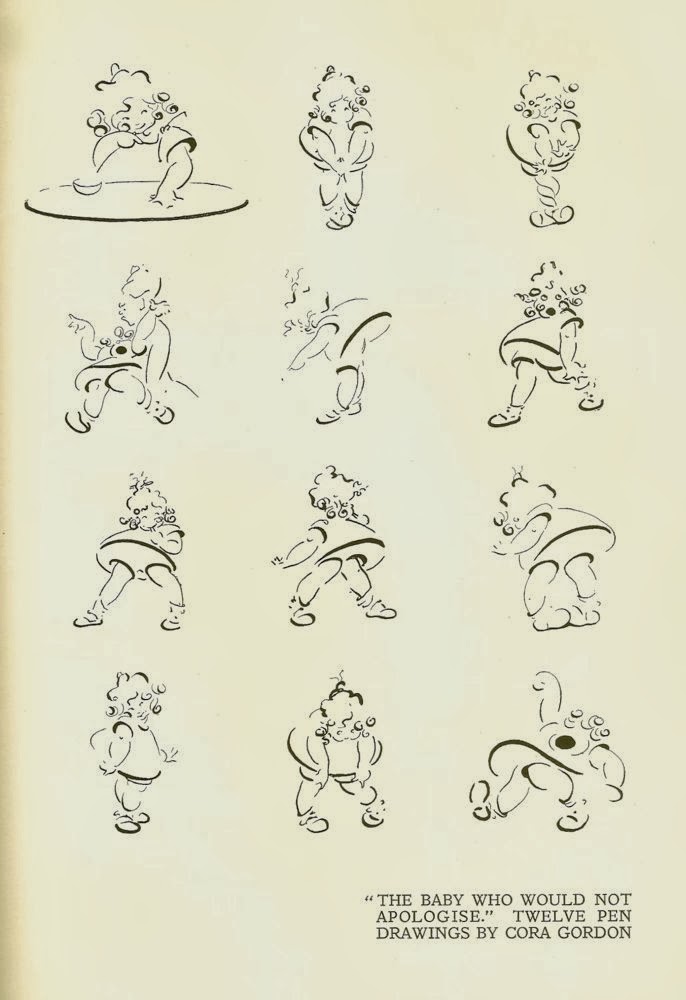 The accompanying text is as follows: "The series of vivacious pen-drawings by Mrs. Gordon which we reproduced figured a short time ago in the exhibition with which Mr. Herbert Furst inaugurated the "Little Art Rooms" in Duke Street, Adelphi, the exhibition consisting of works by a number of well-known author-artists. Both Mrs. Gordon and her husband, Mr. Jan Gordon, served with the Red Cross Section of the Serbian Army in the campaign against Austria, and both have recorded their impressions of that tragic phase of the Great War."

In one of the original set of these sketches there is a caption "That awful Gordon woman always there" as she peers over her shoulder. 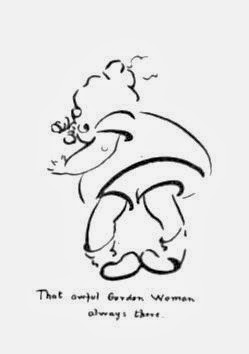 During a visit to the Itchenor cottage in August 1917 Jan Gordon noted that ".. the child of 3 was very jolly and shy, exactly like Joe's drawings of her."

Pamela grew up to be brave and unconventional, running away to train as a nurse, studying at art school and working as an artist's model. She was an inspiration to many.

I remember Pamela as a sweet lady who visited us in Leeds when I was a child. She seemed to enjoy my mischievous company!