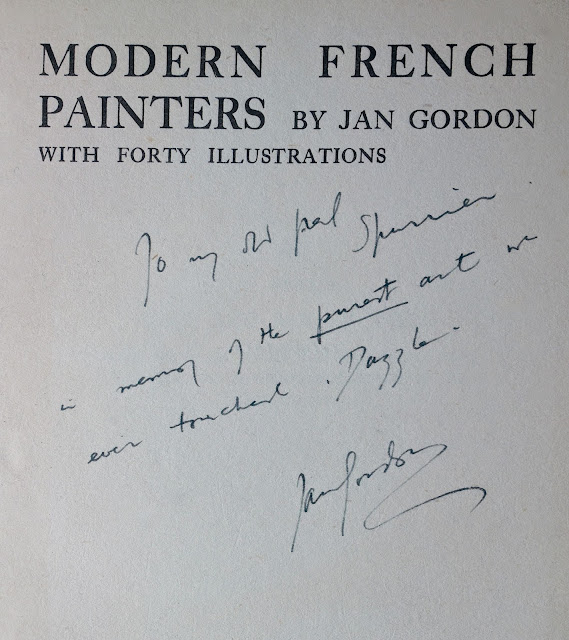 This is a wonderfully evocative connection with the story of the dazzle-painted ships of WW1, in which both Jan Gordon and Steven Spurrier were involved. In "The London Roundabout" (1933) Jan Gordon reminisces about those times: "I was in uniform, lieutenant in the R.N.V.R., although I had never been nearer to the quarter-deck than the Royal Academy Schools, which were the headquarters of the Naval Camouflage section, under the well-known marine painter Norman Wilkinson." I wrote about Jan Gordon's involvement with the design of dazzle patterns in February 2013 and March 2014.

The book is also a resonant one for me because of the connection with my grandparents, to whom the volume is dedicated: “I would like to acknowledge the assistance of the two friends whose names appear on the dedicatory page. They patiently listened to the progress of the work chapter by chapter; if they deemed any phrase too recondite or too technical it was struck out and simplified.” 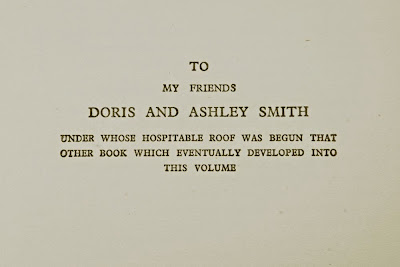