May 12, 2014
In "The London Roundabout" (1933) by Jan and Cora Gordon, a monthly magazine called "The Artist" is held up as an example of the "home interests" of the Englishman.

"This magazine, beautifully produced and costing two shillings, is published solely to give instruction in the various branches of painting and the allied arts. On its inception by a shrewd Northerner expert opinion predicted that the magazine could not last six months. Smith's bookstalls, which handle a full half of the British paper and magazine trade, agreed to take four thousand copies, a half of the first issue, on sale or return, but candidly told the editor that they did not expect to sell two hundred and fifty copies. Within a week they were Oliver Twisting, with a similar fate. The first number was sold out in ten days, and a copy of The Artist, vol. i, No. I, is now to be bought only at a large premium, ten times the original value or there abouts. The circulation is still increasing every month after two years of publication."

The Gordons conclude that, "The Artist is not primarily bought by artists, nor yet by art students. It is bought by the thousands of amateur painters in the British Isles and the Dominions. In France such a specialized paper, at such a price, could not last three months."

The June 1934 edition of "The Artist" contains an article by Jan Gordon with tips on sketching. It begins with: "The summer season is upon us once again, and the sketcher must look over his apparatus." 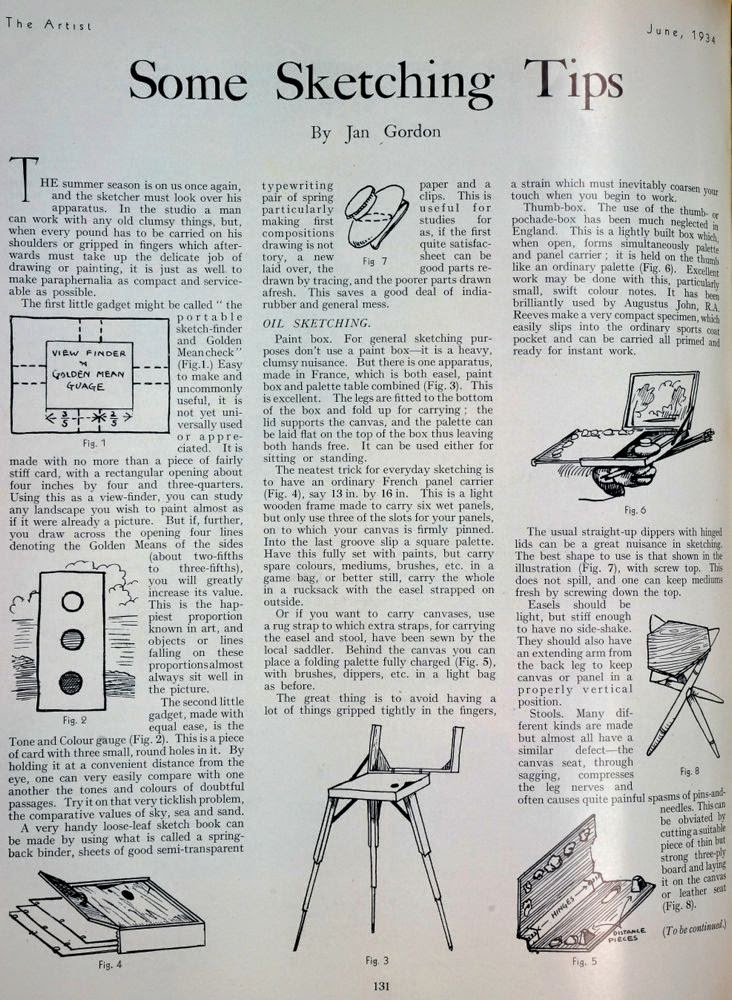 Eight small sketches illustrate his ideas on making "paraphernalia as compact and serviceable as possible." These are:
- "the portable sketch-finder and Golden Mean check"
- "the Tone and Colour gauge"
- an apparatus "which is both easel, paintbox and palette table combined."
- "an ordinary French panel carrier"
- " a folding palette fully charged, with brushes, dippers, etc."
- "thumb- or pochade-box ..a lightly built box which, when open, forms simultaneously palette and panel carrier"
- "screw top" dippers rather than "the usual straight-up dippers with hinged lids"
- "a suitable piece of thin but strong three-ply board" to lay on the canvas or leather seat of the sketching stool.

The Golden Mean device is very interesting, since this ratio was so strongly emphasised in Jan Gordon's day and yet the "Rule of Thirds" is far more widely encountered today. 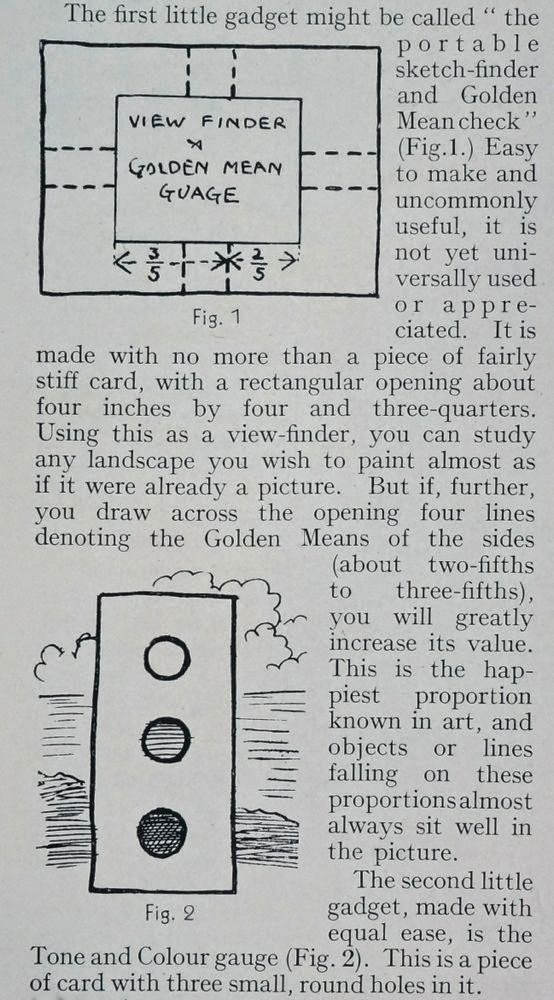 Here is a detail of the "pochade-box": 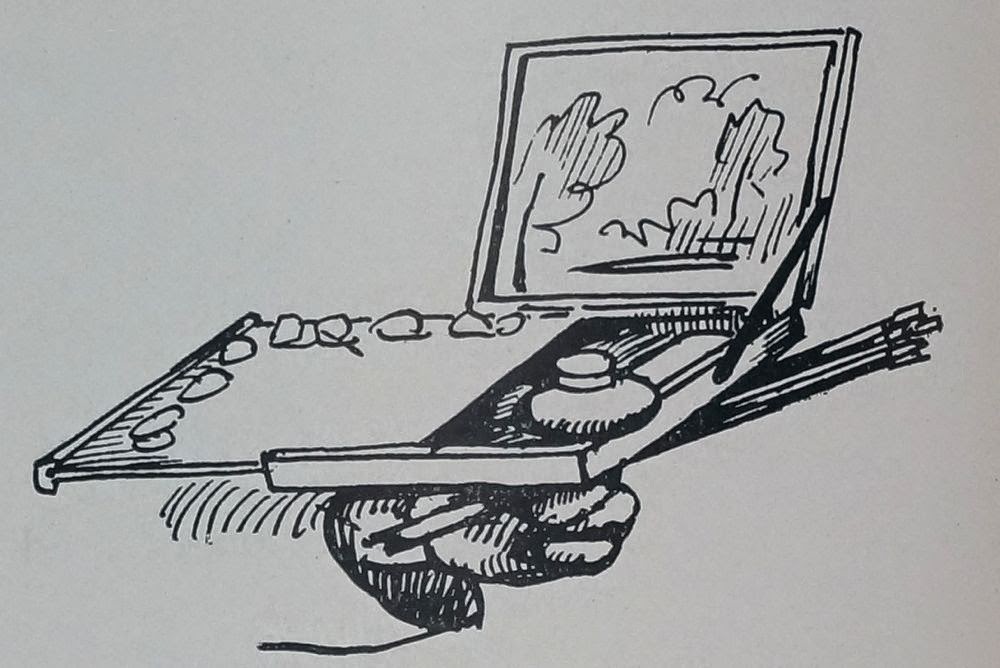 According to Jan Gordon, "Excellent work may be done with this, particularly small, swift colour notes. It has been brilliantly used by Augustus John, R.A."

I find this a very interesting echo of Jan Gordon's early days in Paris. In "A Girl in the Art Class" Jan Gordon describes how, after a disappointing first encounter with an art school (Julien's), he had "been persuaded to buy a thumb sketching box for oils." "It was a beautiful little apparatus made by Reeves. It carried two very thin wooden panels and a palette with paints all set out and was no bigger or thicker than a sketch book. The panels measured about five inches by six. The charm of the Luxembourg gardens had from the first attracted me, and one autumn day, taking my sketch box with me, I tried a small sketch direct from nature in the Gardens." Later, when Cora visited Jan's place "Cora sat in his only chair while Jan showed her his work … some 40-odd oil paintings on very thin wooden panels about five by six inches."