Myron Nutting reminisced on her writing for this magazine:

"I know that Cora lived in London and that she was a writer for the Studio magazine. In the old days it used to be the International Studio. It was quite a luxurious magazine and she did art news and writing for the Studio for quite a number of years. I saw her name. She wrote quite well, not in a critical way. It was more of an art news sort of thing."

His observation is very good and consistent with her comment in that last piece, "It is a pleasure to write about what one likes and but a waste of time to throw brickbats at one's dislikes."

I also like her powerful response to Epstein's sculptures: "Personally I was struck with the intense feeling of Life breaking through Death." 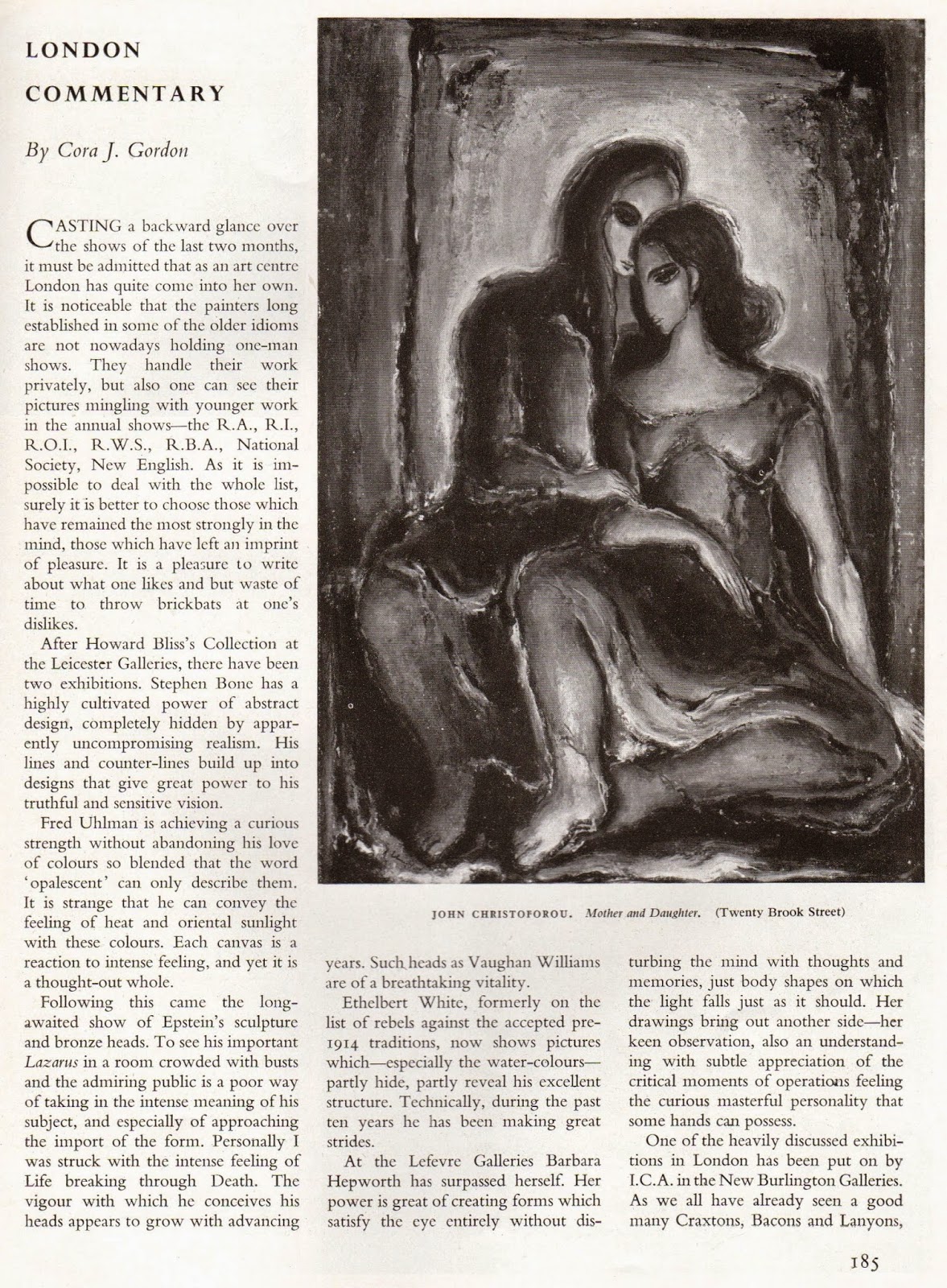 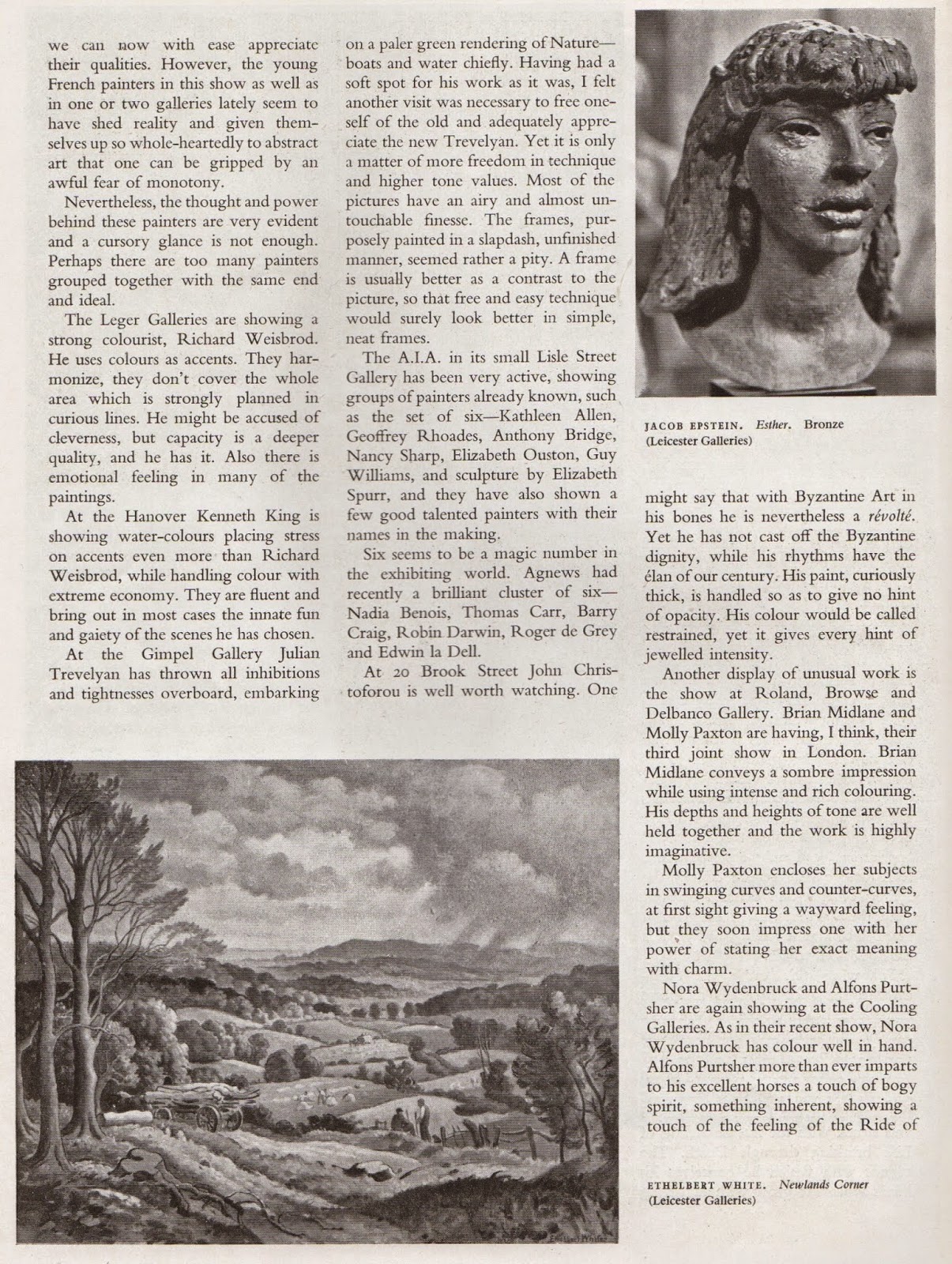 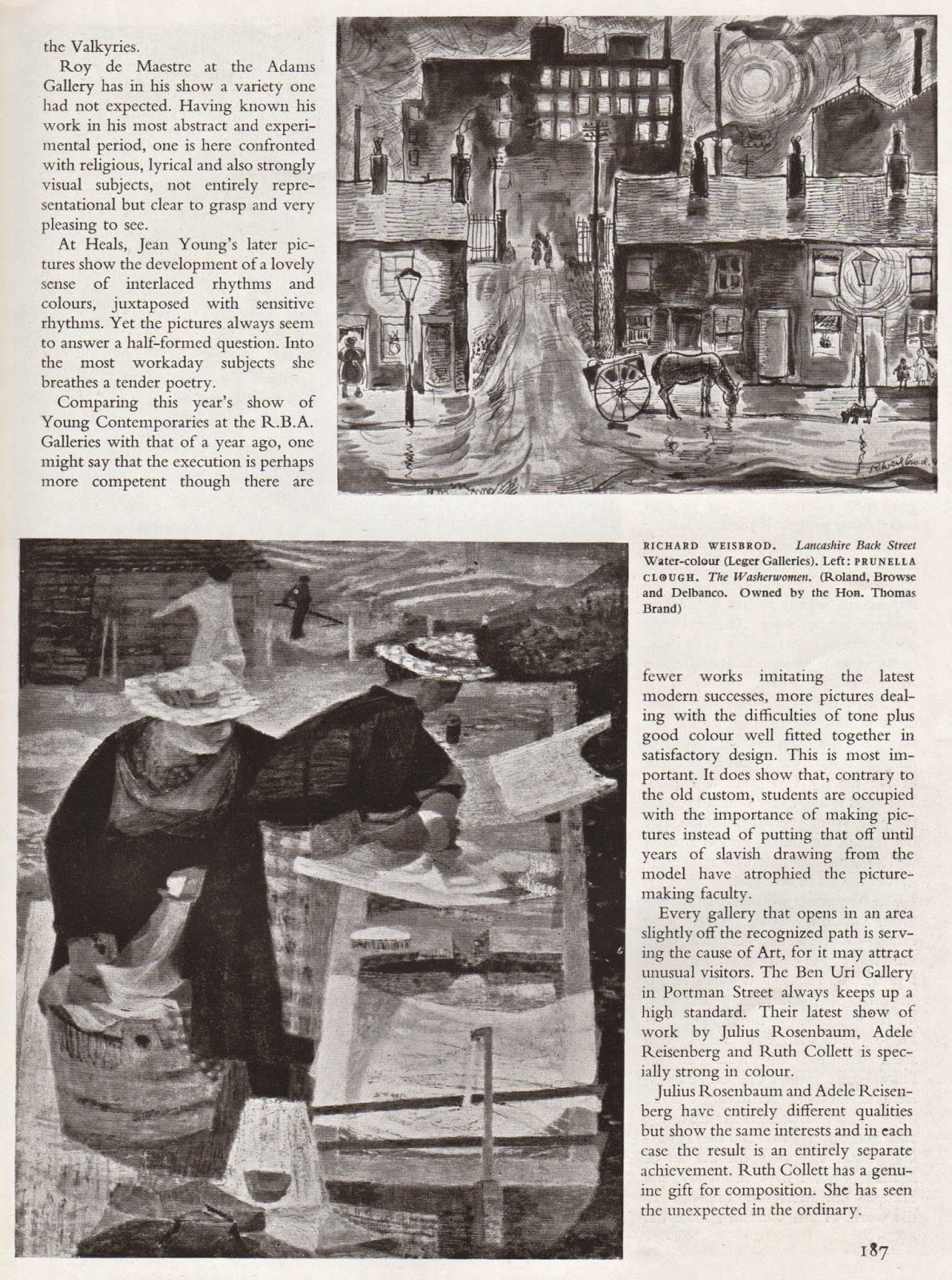 In the July issue of the magazine the following note appears, "It is regretted that Mrs Cora J. Gordon is ill, at the time of going to press. We are sure all our readers wish her a speedy recovery." In the September edition her obituary is published.