February 22, 2015
I came across this snippet by Jan Gordon (under pseudonym John Salis) in the Aberdeen Journal of Monday 20 March 1916:

Raemaekers (the Dutch cartoonist) is a neutral. Thence comes his immense value. Our eyes may be filled with prejudice, but his are clear; our words may be drugged with jealousy and hate, but Raemaekers is a neutral. That his drawings are not now neutral is self-evident, but the facts which tore him from his balanced attitude are just those facts which have nailed the Kaiser to his cross of shame.
John Salis, in “The New Witness.”

Who was this Raemaekers?

Louis Raemaekers (1869 – 1956) was a Dutch painter and editorial cartoonist for the Amsterdam newspaper De Telegraaf during World War I. According to his 1956 obituary in The Times: "Louis Raemaekers, the biting anti-German cartoonist of the 1914-18 War, died on July 26, 1956 at Scheveningen, near The Hague, at the age of 87. It has been said of Raemaekers that he was the one private individual who exercised a real and great influence on the course of the 1914-18 War. There were a dozen or so people – emperors, kings, statesmen, and commanders-in-chief – who obviously, and notoriously, shaped policies and guided events. Outside that circle of the great, Louis Raemaekers stands conspicuous as the one man who, without any assistance of title or office, indubitably swayed the destinies of peoples." 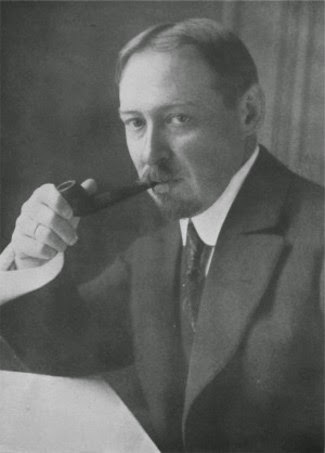