Jan and Cora Gordon: The Apache in pre-WW1 Paris

February 04, 2015
I recently bought a 1907 copy of "Le Petit Journal", which has a famous cover illustrating the unequal struggle between the Paris police and the "Apache". 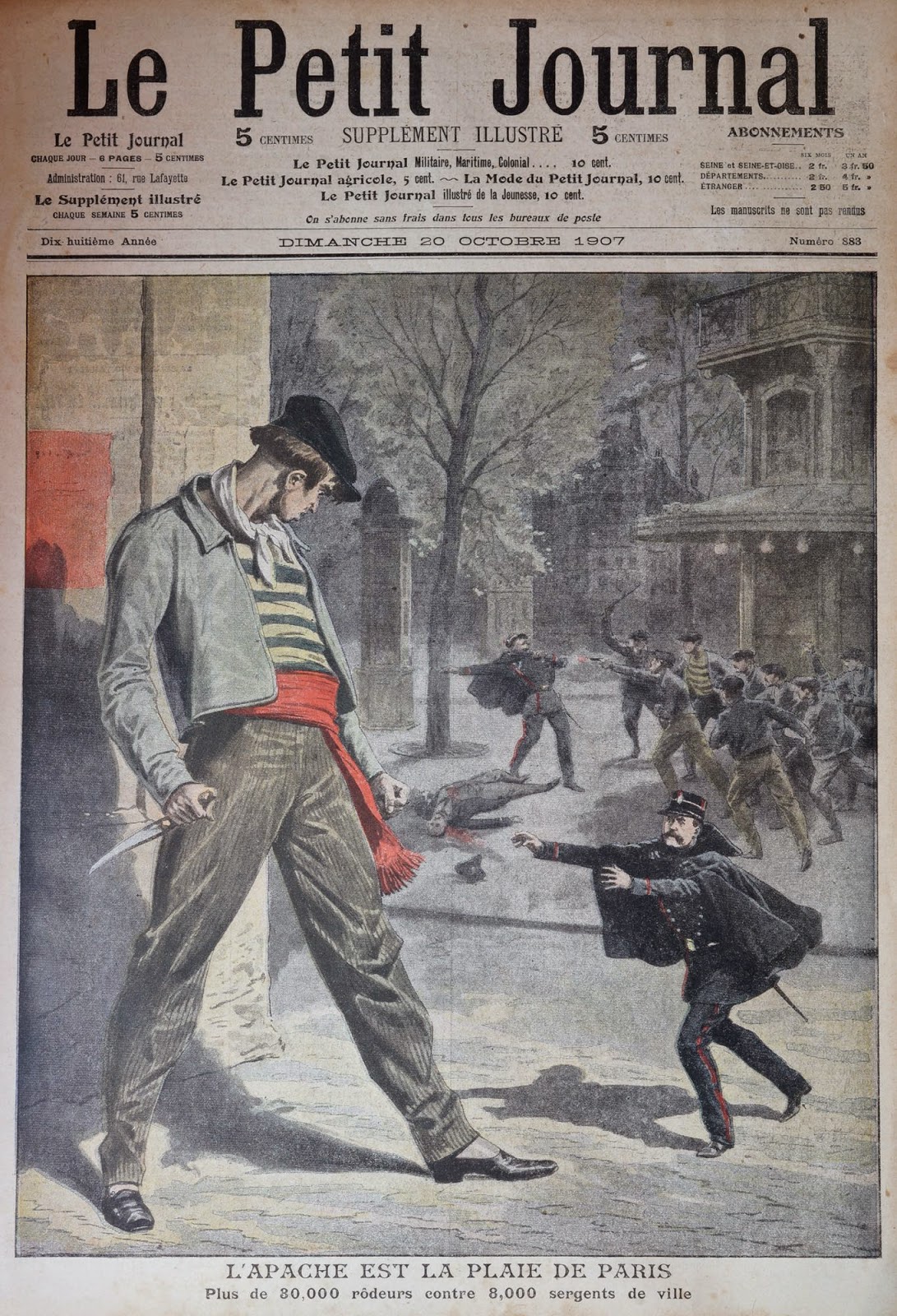 Jan Gordon (under pseudonym "Salis") mentions the "apache" in a 1916 piece in "The New Witness": "One Christmas in particular sticks in my memory. A baker's dozen of us, the thirteenth an airman, had supped upon shell-fish and snails at an oyster den frequented by the Apache."

I was not familiar with the term "apache" in this context, but learned that it refers to a Parisian violent criminal underworld subculture of the early 20th century.

A pleasing aspect of this issue of "Le Petit Journal" is that it dates from about the time (2006-2008) that Jan and Cora Gordon established themselves, separately, in Paris.