February 23, 2015
Dr James Berry (1860-1946) plays a prominent role in the story told by Jan and Cora Gordon in "The Luck of Thirteen" (1916), which they initially called "Wandering and Flight in the Land of Mud." The story of how the book came to be published is told here.

Jan Gordon was engineer to Dr. Berry's Serbian Mission from the Royal Free Hospital, accompanied by Jo his wife, Cora Josephine Gordon, artist, and V.A.D. After they expressed the need for a holiday, Dr. Berry gave the Gordons "a commission to go to Salonika to start with and find a disinfector which had gone astray" and this began the series of adventures which they retold in "The Luck of Thirteen." 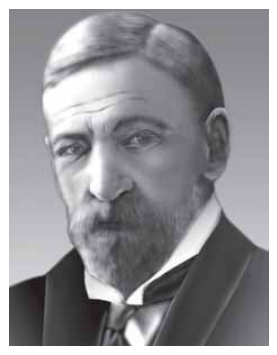 
Jan Gordon introduces Berry:
"Amongst the English men and women made prisoner in Serbia by the sudden invasion of Austria, Germany and Bulgaria is one of the most interesting figures of the surgical world of today. He was organizer and chief of our unit, and we called him "father" for short. To the Serbian wounded we were all "Brat" (brother) or "Sestra" (sister), and so the nickname grew of itself as it were; but certainly his genial manner and intimate interest in the most trivial affairs of our great family helped to evolve it."

Gordon "draws his portrait" as follows:
"At first sight he is a spare, thin, bearded man with a limp, but on closer examination one sees that the limping leg has a queer boot with irons about it; his eyes are keen, and his nose hawk-like. He has a cleft palate, which renders his speech often very difficult to understand. This was the chief trouble of the Serbian lessons."

"Mr. Berry is a great archaeologist, and with him we visited Maltese remains and Athenian ruins. On the Acropolis he knew far more than the guide - that was soon evident - and he started emendating and correcting the guide's statements. But the guide had his lesson by rote. If he stopped he had to start all over again from the beginning - besides, who was this impertinent stranger, anyhow?"

An entertaining anecdote illustrates Berry's quiet sense of humour:
"A young student coming up for examination, and seeing Mr. Berry standing near the door, mistook him for the case on which he was going to be examined. Hoping to get a pointer, he came up to the famous surgeon and slipped half a sovereign into his hand.
"Poor old chap," he said, "what is the matter, eh?"
"Infant paralysis, club-foot, and double cleft palate," answered Mr. Berry.
Within, the student was horrified to find that he had been bribing his examiner, but Mr. Berry, after the examination, handed him back the coin, and said that he was glad to be able to pass so generous a youth."

The mission at this point was in Austrian captivity. "We have heard that his mission is being well treated by the Austrians; one of the V.A.D.'s even wrote that they were having a "ripping time." But this lady is a follower of Tolstoy, and her ideas of "ripping" do not always coincide with the generally accepted significance of the term."