Jan Gordon on Sculpture by Epstein, 1920

February 14, 2015
Jacob Epstein, celebrated and often controversial sculptor, was one of the people who loaned pieces for reproduction in the volume of Meninsky drawings introduced with an extended essay by Jan Gordon. Nina Hamnett remembered hoping to get a glimpse of Epstein in 1906, “I saw him through the window one day.” She later met him at the “independants”, which had been founded on the principle of the Salon des Indépendants in Paris. He liked a picture of hers that she had sent to the New English Art Club.

A review by Jan Gordon (from "Land and Water" February 1919) of a sculpture of Christ is quoted in the Arts and Letters section of "The Living Age". volume 304, page 794.

He argues that, "The Christ of the Gothic is that of an age when religion is the fundamental of existence. The Renaissance, unable to face the transcendental, concentrates on the Mother of Christ or on His normal life. The figure of Jesus is not so all pervadent - He has shrunk much. To-day we must admit that Christ is yet more remote. In an age when essays can be written upon His social theories it is obvious that much of the realization of His divinity has been shed."

Of the sculpture he writes, "This great figure of Epstein's is wonderfully imagined. The proportions, the subtle harmonies, of long and rhythmic shape, the sereneity yet strength of the face, the hints of fanaticism, the pain, are all marvelous."

Gordon concludes with, "Undoubtedly there is no greater artist than Epstein in the world to-day; and yet I feel that the Christ stands beyond his power, because He stands outside the present civilization and age. I feel that sheer imaginative creation, however powerful it may be, will not resurrect Him." 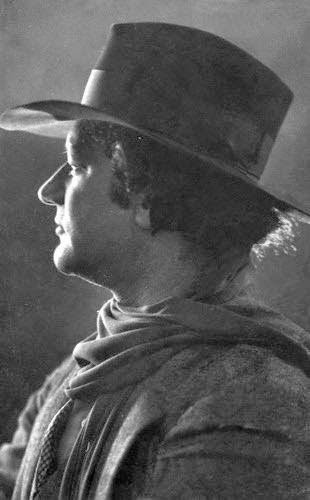 
Thirty years later, Cora Josephine Gordon celebrated a series of bronze busts by Epstein in her very last "London Commentary" for The Studio in June 1950.