February 13, 2015
Myron Nutting, on January 10th 1966, after reminiscing about Raymond Duncan, Gurdjieff, Isadora Duncan, Gordon Craig and Saxe Cummings, made the following observation about the Gordons and life in general:

"But one thing that I realized— especially after I talked once with Ludwig Lewisohn about the people who were most interesting and meant most to his life—was that they are by no means always the people who are the most well-known talents. It seemed to me that people who had special gifts or talents seemed to give everything they had to their work, and really the art of living suffers to a certain extent from it. I think that you could realize that—or at least it seems to me that you can—in most biographies. The art of living is itself a great art, and if everything of your life is put into your work, your life sometimes can easily go haywire.

The life of Edgar Allan Poe is an example, and it may have been to a certain extent true of the poet Rimbaud. They are people who have left very precious work for us in their art, but people whom we wouldn't especially enjoy as companions. Whereas, the all-around people are enjoyable. And I think it's one reason I remember the Gordons so warmly. They weren't great. They weren't geniuses, but they did a good job. They gave it enthusiasm, with a joie de vivre and a sense of adventure, that makes the Gordons very happy memories of our life in Paris."

Nutting's comments ring with a strong sense of honest affection for the Gordons (see also) together with an admiration for their adventurous, curious, enthusiastic, and creative approach to life. 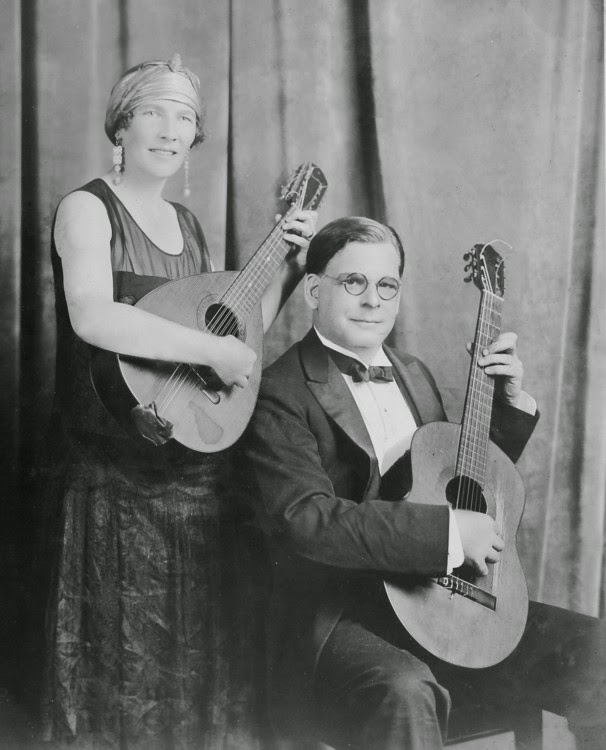