March 17, 2015
The Gordons visited Spain in 1920, exhibiting paintings from the journey in early 1921 at the Burlington galleries and publishing "Poor Folk in Spain" in 1922.

The dust jacket of the first edition has a delightfully simple design, showing a torero running from an enraged bull. Here it is: 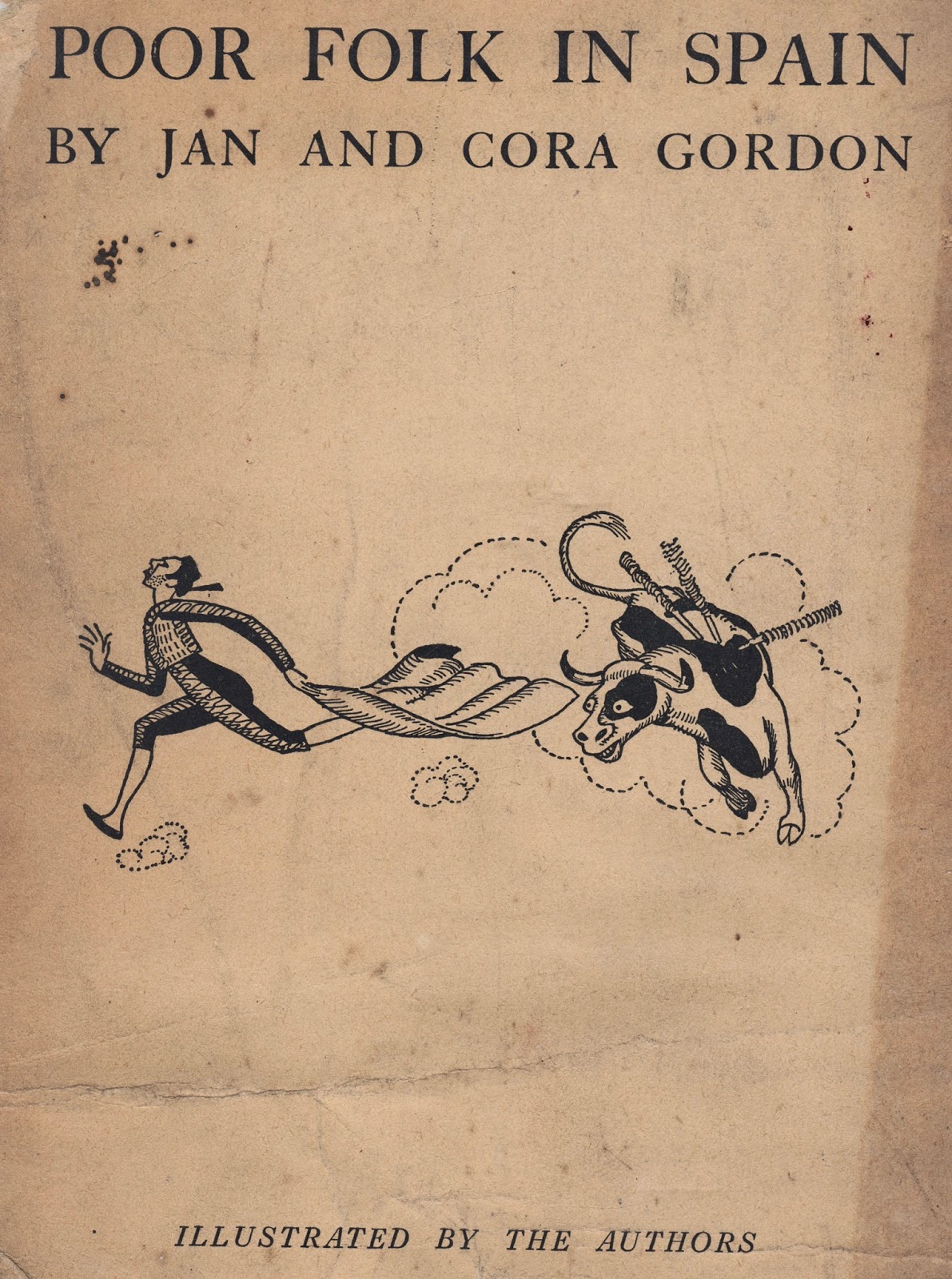 The book was republished for American audiences, by Robert M. McBride & Co in 1923, as "Two Vagabonds in Spain" and the enjoyable dust cover for that edition is adorned with extracts from the numerous drawings that illustrate the book, including the running torero.

The image represents the "taunting of the unwilling bull" in a Murcian bullfight (pg 101). "The toreros flapped their faded cloaks at it, but whenever the bull was tempted to charge the man ran for safety and crammed himself through one of the bolt-holes in the palisade."