Jan and Cora Gordon and the Chestertons

Of these the most interesting and delightful were Cora Gordon and her husband Jan. They had gone to Serbia in 1914 with a Red Cross detachment and had experienced exciting food and adventures, all of which are set down in the first of their many books, "The Luck of Thirteen." Painters as well as writers, the fascinating thing about their work and their life is that Jo—as Cora is called— is the perfect feminine complement of the masculinity of Jan. They learn languages as other people smoke cigarettes, in an unbroken chain, and will set off to the other side of the world with nothing but a change of boots and a cooking pot, or load themselves, like camels, with all their worldly possessions, including tables and chairs. They wrote for us for years—on their travels, their life in France, their reactions to England. Jan became our art critic under the name John Salis, with such distinction that he was spotted by the Observer, where he deputised for Konody, and eventually succeeded him.

Like most successful authors, Jan had led a roving life. Starting off as a mining engineer, he had managed a tin concession in Malaya, until in violent revolt against the exploitation of the natives by the owners, he decided that commercial life was not for him and went to Paris to study painting. There he met and married Jo and they started house in a studio in the Quartier until war broke out.

Back from Serbia they established themselves in a top flat in Soho, where Jo would compound enticing Balkan dishes and entertain hordes of hungry friends. Turned down for the army, Jan worked for months in a munition factory and was ultimately commandeered for the naval camouflage service, where he designed the most marvellous disguises for our ships. His chief belonged to the medical profession, but by some ministerial sleight of hand had been wafted to his seafaring position.

The Gordons brought life and colour to the New Witness. They also introduced John W. N. Sullivan, who later forged ahead as scientific reviewer for the Times Literary Supplement and other weekly journals."

Mrs. Chesterton remembered the time when she decided to share the experience of the homeless: "I went right to the depths of penury and hunger, sampled filthy beds, met thieves and prostitutes, hard working and respectable women, courageous women whose only crime was poverty. I found mere girls completely down and out, the bloom still on their cheeks, though hope was dead in their hearts." During the two weeks of this experiment, she had an encounter with the Gordons: "Jo and Jan Gordon met me at Piccadilly Circus one day selling matches and, after their first shock, pleaded that I would have dinner with them. Bless their hearts, it did not occur to them that the dirty bedraggled creature I had become would have been frowned on in any West End restaurant." 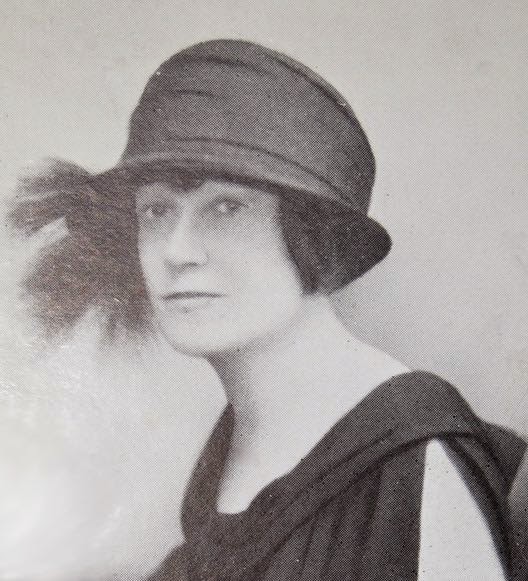