in recognition of their talents, admiration for their kindness and pleasure in their friendship.

Dorothy Hare and Elizabeth Lepper were a very interesting pair of doctors. Dorothy Christian Hare (1876-1967) became assistant physician and physician to the Royal Free Hospital and Elizabeth Garrett Anderson Hospital and was the third woman to be elected FRCP. She retired in 1937 to go round the world and then settled in Falmouth with her life-long friend, Elizabeth Herdman Lepper (1883-1971), who was also a distinguished physician.

"All her life Dorothy took a great interest in the arts and was in her youth a singer. In late middle age she went round the world and sent back a periodical journal with illustrations which rejoiced her friends. She was a skilled and talented artist and worked in various media - oils, water colours, scraper-board and the like. In Falmouth she threw herself into the life of the country and was responsible for organizing many Arts Council exhibitions and other activities. She played a great part in the resuscitation of the Royal Cornwall Polytechnic and did much to encourage young artists. The rather formidable teacher of her young days mellowed into a delightful, small, active woman. Right up to her late eighties she would come up to London to visit the Arts Council and see her friends, and seemed completely ageless and able to make contact with people of all ages. After a distinguished medical career she fulfilled herself completely in her retirement." 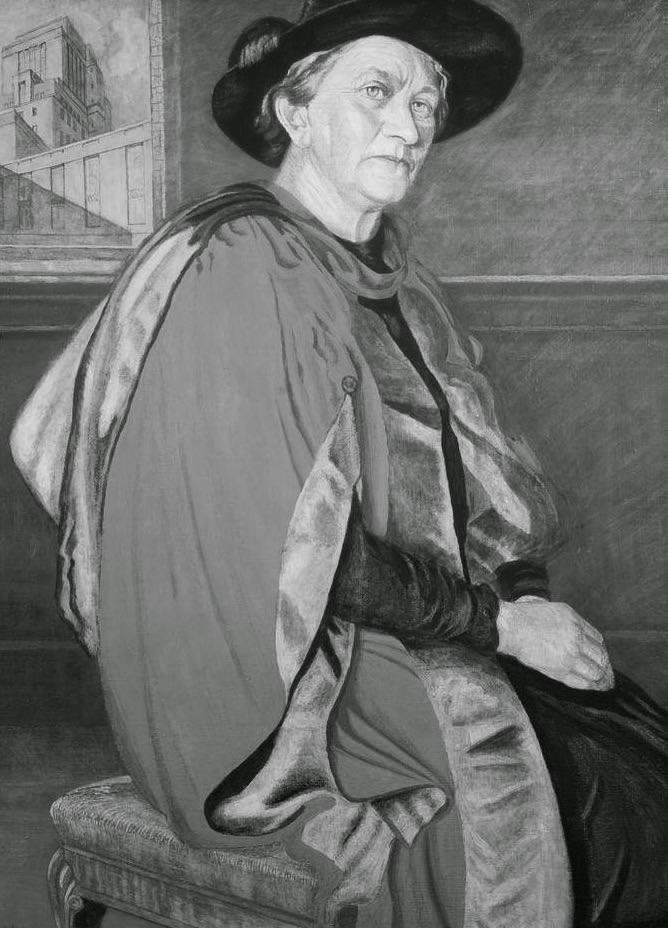 
On Wednesday 13th May 1938, The Argus (Melbourne, Victoria) recorded:

"Two leading English women doctors who retired recently, Dr. Dorothy Hare and Dr. Elizabeth Lepper, arrived in Melbourne by the Largs Bay yesterday. They are on a world tour. Dr Hare was for 16 years on the honorary staff of the Royal Free Hospital, London and has been accorded the honour rare for a woman, of being elected a Fellow of the Royal College of Physicians. Dr Lepper was in charge of the pathological department of the Elizabeth Garrett Anderson Hospital In London
Dr Hare said that she had nothing but admiration for the effects of national insurance in England and for the principle of it "In England," she said, "national insurance has proved to be one of our most important national health movements It has tended to raise the whole standard of health, because it has educated people to realise the importance of getting treatment for their lesser ailments and providing them with the means for it." The Royal Free Hospital is the largest women's medical school in London. It Is a general hospital, staffed by men and women doctors, and about 300 students, all of them women, are there at a time. So great Is the demand for admittance that students have to be strictly selected, and often only 50 per cent, of those wishing to train are admitted. Most women doctors entered private practice after graduation, Dr. Hare said. There were very few who had not found something to do, although at present there was a shortage of hospital appointments for junior doctors. Many women entered the public health and school service work, while the London County Council, which has an excellent medical service, had some important posts open to women. Dr. Hare said that she considered infant welfare work, prenatal care, and maternity work, were also preeminently women's work. Dr. Hare said she had been interested to note the excellence of Australian private hospitals. There were very few facilities for private patients In England except
expensive nursing homes and private wards attached to the big general hospitals. "The private ward system Is growing in London, but in an English city the size of Adelaide we certainly would not have four or five excellent private hospitals, such as I saw there," said Dr. Hare."