March 28, 2015
Jan and Cora Gordon were fascinated by guitars, lutes and other stringed musical instruments.

This interest was indulged during their 1920 visit to southern Spain (see: Guitars in Spain and "Poor Folk in Spain"), where they learned to play the instruments. The story of a very unusual guitar given to them on that first journey is told here: Jan and Cora Gordon in Spain. 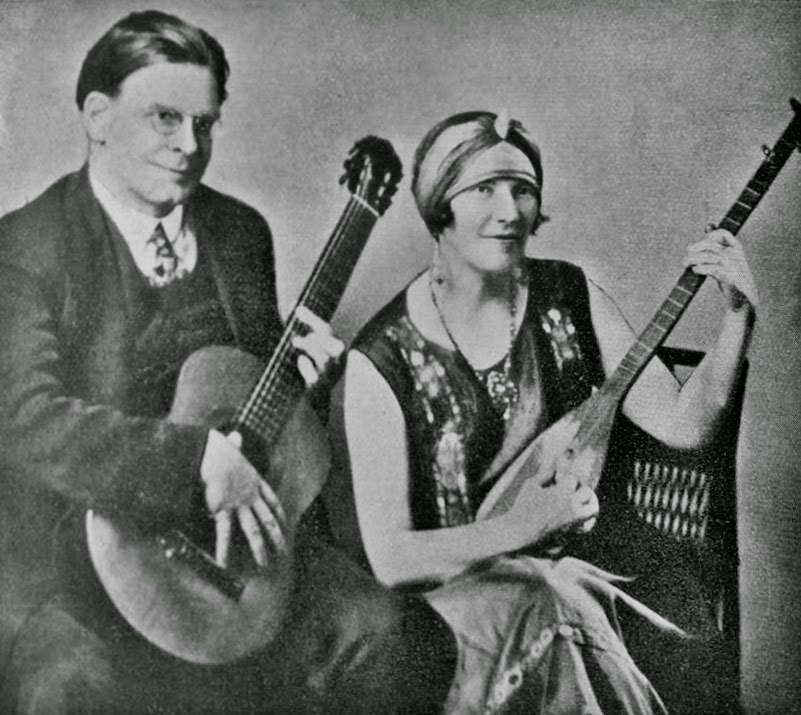 Jan and Cora Gordon with their instruments, from the catalogue of their exhibition at London's Twenty One Gallery, which began on February 11th 1931.

In 1931 the Gordons were in London for an exhibition at the Twenty One Gallery.

Ashley Smith bought one of Jan Gordon's paintings, probably "New Forest Glade," priced at 16 guineas and later given to his son for his birthday.

The Gordons played a concert at the house of Doris and Ashley Smith and were reunited with an old acquaintance, Gluck (Hannah Gluckstein).

My father, then a small child, listened to the guitar playing from behind the door.