March 15, 2015
A review (by Jean Silvin) of a show by Jan and Cora Gordon in Paris during December 1913 at the Galerie Henri Manuel praised Jan Gordon's Mediterranean impressions, as follows,

Cora Gordon (1950) described how they lived in Majorca for three months, "living on grapes, figs, rice and the golden fish that abounded in the incredibly blue sea."

"For the first few days we wandered round - falling more and more in love with the character of the place, sometimes scribbling possible compositions in minute sketch books. Without hesitation or erasure Jan could, in a four-inch sketch book, set down panoramas of mountains, olive groves, or perhaps whole towns seen from an altitude." 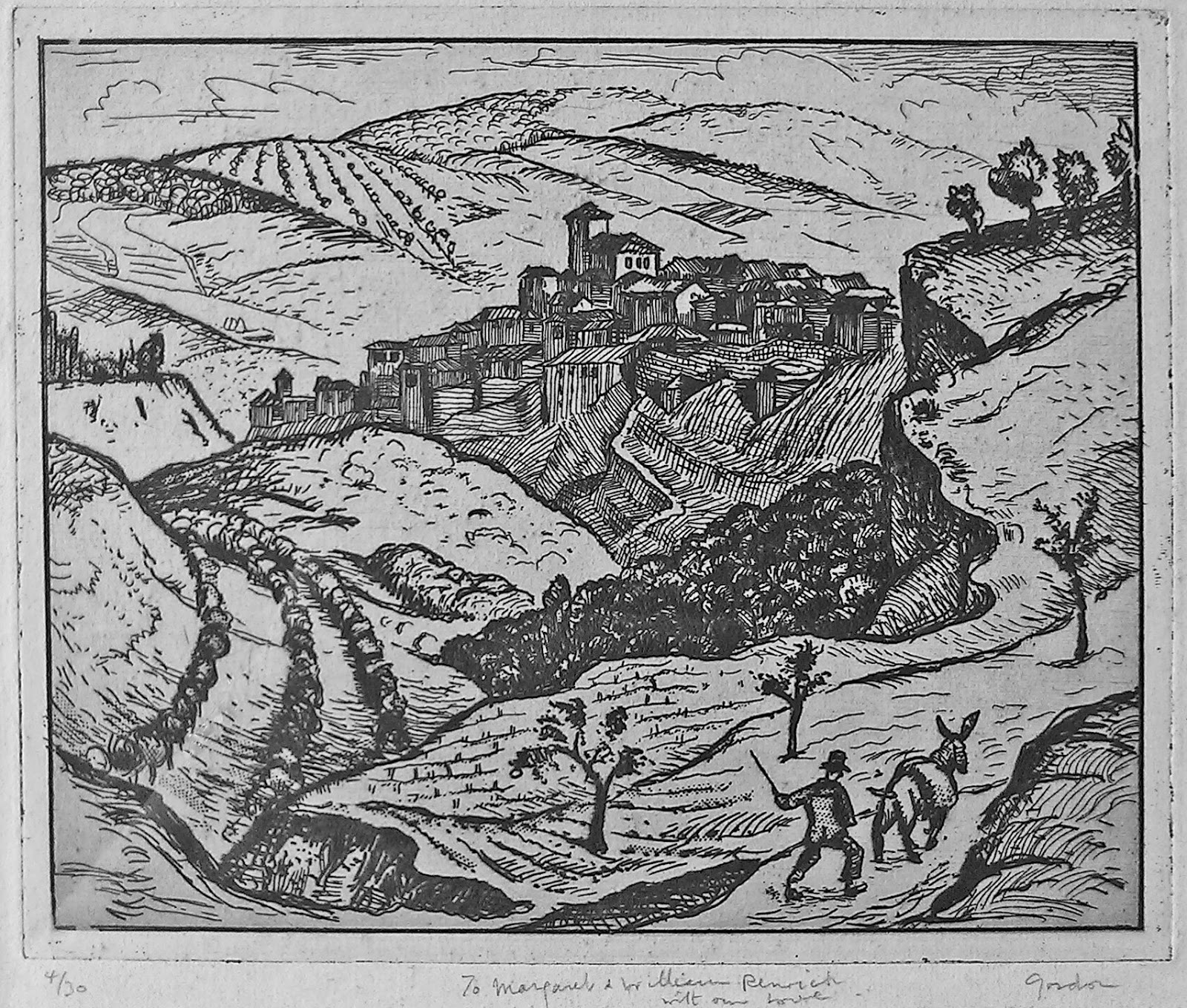 A town in Majorca, ca 1913, etching by Jan Gordon, University of Edinburgh art collection.
This is a fantasy landscape, including groves of olives in the distance, drawn around the Mallorcan town of Deià.


".... as we were training ourselves to see more quickly and to aim for breadth and decision, we used our smallest oil sketch boxes with panels fitted into the lids, often painting from five to seven little sketches each day, trying to find out how to express the terrific effect of sunlight on olive groves and farms."