March 05, 2015
"Hitchcock's Partner in Suspense: The Life of Screenwriter Charles Bennett" (Bennet, 2014) has an interesting brief account of Jan and Cora Gordon in Paris, 1925.

"Keith's close pals Jan and Cora Gordon were only just around the corner on the Rue du Cherche Midi. Both painters and writers of great talent, they lived in a small studio in the heart of the Latin Quarter, but they spent more than half of each year wandering across Europe, painting and writing. Their books (with reproductions of their paintings) always sold well. This didn't mean that they were rich, but in the Latin Quarter in the mid-1920s, nobody gave a damn how much money one had.

Through Jan and Cora Gordon I saw the Latin Quarter as it really was. I dined at tiny, superb, but cheap restaurants; the Rotonde and the Dome became my local pubs. I met Picasso and Utrillo and Diego Rivera, and dozens of others."

Interestingly, my grandparents visited the Gordons in Paris during 1923 and hosted them back in London in 1925, where they were exhibiting at the XXI Gallery. 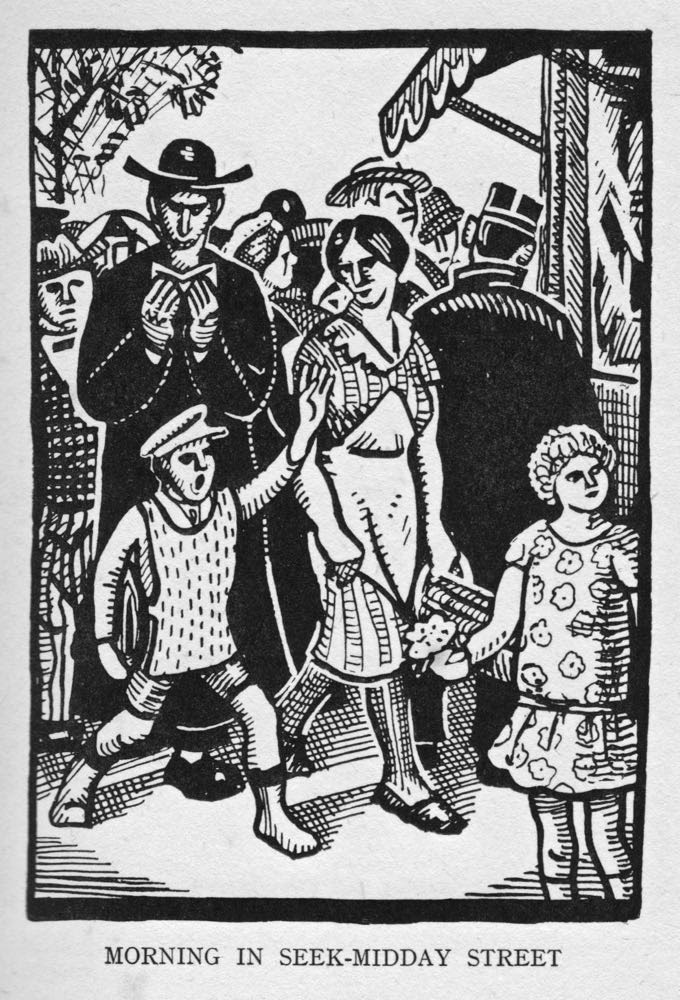 "MORNING IN SEEK-MIDDAY STREET", from "On a Paris Roundabout."